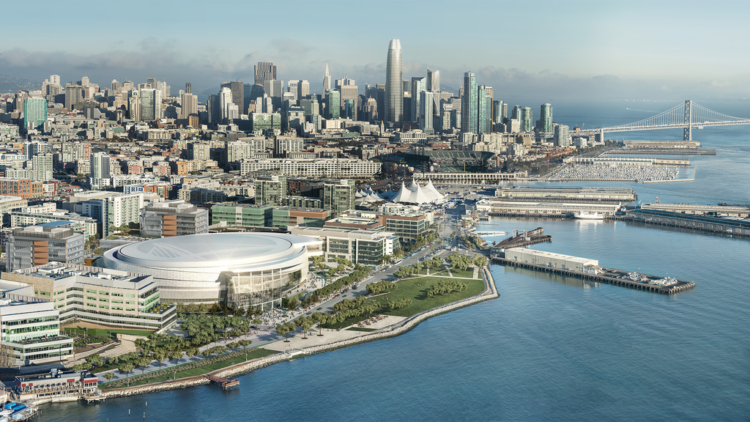 Courtesy of the Chase Center

The Golden State Warriors won’t be moving into their waterfront arena in San Francisco until the 2019-2020 season, but things are already in motion when it comes to big events at the Chase Center.

According to a release from the Chase Center’s official website and the Warriors, San Francisco will host the NCAA Tournament’s West Regional in 2022.

“This marks the first time the NCAA Tournament will be played within the city of San Francisco since the West Regional was staged at the California Coliseum on Treasure Island in March 1939,” a press release from the Warriors read on Tuesday.

It might seem shocking on the surface that San Francisco has not hosted an NCAA Tournament game since 1939, but the city itself simply has not had the capability in terms of infrastructure to even entertain the idea in the past.

In fact, NCAA Tournament games in the Bay Area have in the past been limited to Oakland (where the Warriors currently play) and San Jose.

This is just the latest example of San Francisco itself reaping the rewards for the Warriors deciding to relocate from Oakland. In addition to tourney action, there will surely be an uptick in other entertainment events taking place in the yet to be completed Chase Center, which is expected to seat 18,000 people.

It also wouldn’t be a surprise if we saw the NCAA’s Final Four take place in San Francisco at some point in the not-so-distant future. As evidenced by Super Bowl 50 being held in the region, there surely is a thirst for more big events in the Bay Area.