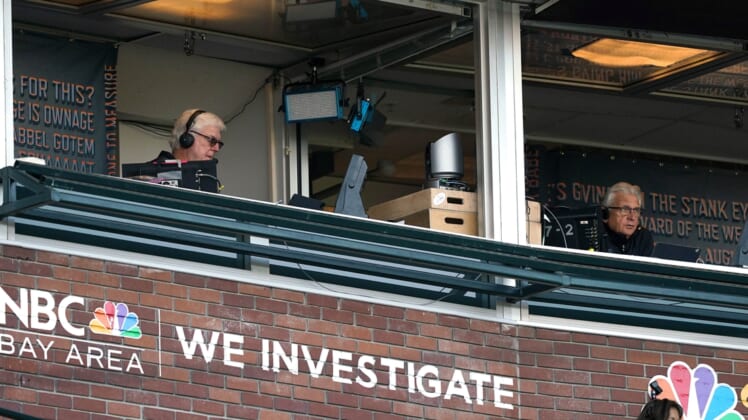 San Francisco Giants broadcaster Duane Kuiper is stepping away from his on-air duties as he begins chemotherapy treatments.

“I wanted to let you know that I may be missing a few more Giants broadcasts than usual and I wanted to share what’s going on with me,” Kuiper said Monday in a statement released by the team.

“I was diagnosed with a medical condition that requires me to immediately begin chemotherapy treatment. I feel very fortunate that I have an incredibly talented team of doctors and healthcare specialists who will be assisting me throughout my treatment plan.”

He began broadcasting in 1986 for the Giants and has for every season but one, 1993, when he joined the expansion Colorado Rockies for their first season.

“The entire Giants Family sends our love and support to Duane and his family during this challenging time,” the Giants said in a statement. “We know we speak for Giants fans everywhere in offering our prayers for a safe, speedy and full recovery.”

Jon Miller and Dave Flemming work the opposite schedule.

“I want to thank my broadcast partners for their unconditional support and willingness to step in and cover for me,” Kuiper’s statement reads. “While this was not the adventure I anticipated, I’m staying positive for a quick and full recovery.”