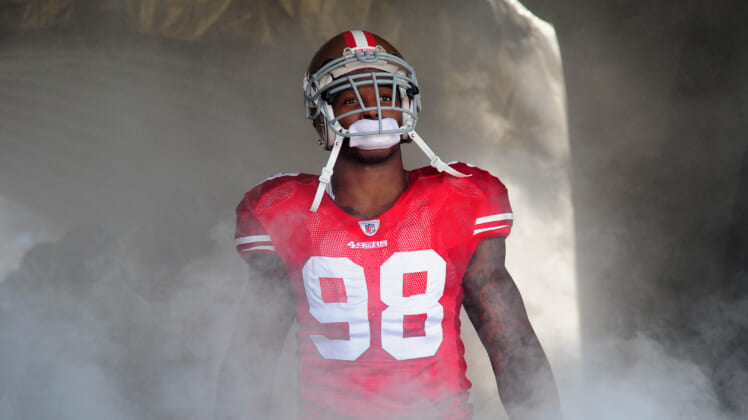 As the opening “Monday Night Football Game” of the season was kicking off, the NFL world was hit with news that former player Parys Haralson has tragically passed away at the young age of 37.

“The 49ers are heartbroken and shocked by the news of Parys’ tragic passing. Parys was a beloved member of our organization that lived life with an extraordinary amount of passion and joy, while leaving an indelible mark on everyone he came across. We extend our condolences to Parys’ family and loved ones,” the organization said in a statement.

Former teammates of Parys Haralson with the 49ers took to social media as a way to pay their respects to the Tennessee product.

A fifth-round pick of the 49ers back in 2006, Haralson played his first seven NFL seasons in the Bay Area. That span saw him register 47 quarterback hits and 21.5 sacks. He put up a career-best performance back in 2008 with eight sacks. Eventually, Haralson would spend the final two seasons of his career with the New Orleans Saints.

Following his playing career, Parys Haralson spent three seasons as the 49ers’ director of player development. He had close ties to the organization prior to his passing.

As of right now, there’s no information regarding the cause of death.

Obviously, our thoughts go out to Haralson’s family and friends as well as those close to him within the 49ers and Saints organizations.