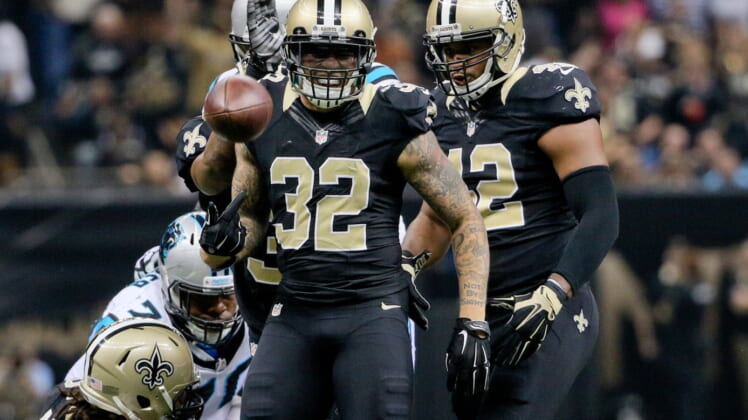 Every NFL player is given an updated list of banned substances prior to the start of offseason. This makes sure each player knows just what is banned from consumption.

The list is extensive, detailed, and can be tedious to read. That being said, it is every player’s responsibility to know what’s on the list and what he can or can not take.

At the very least, a player can use the list as a reference, cross-checking any potential supplements he may use against the list.

So when New Orleans Saints safety Kenny Vaccaro was suspended for four games for a violation of the NFL’s Substance Abuse Policy, he really had no one to blame but himself.

“To be honest, I just made a mistake,” Vaccaro said in an ESPN interview. “I was just tired and I really wasn’t aware of the whole rule thing. The game’s early in the morning, the state fair was going on. I never took it before. I just did it, and it was just a dumb mistake by me, to be honest. And then I came back in Monday and had a random PED test. But that’s the rules, and I take full responsibility.

“It wasn’t worth it to get a little bit of energy to watch a game to come back and get a random PED test on a Monday. I mean, people can say it was unlucky, but I shouldn’t have done it in the first place. But I don’t take it, I don’t have any problems. I just wanted to be up and alert. I don’t take Adderall ever.”

While this seems like quite the story, one should take it with a grain of salt.

Adderall is heavily used in college as a focus and energy booster, but it isn’t something you just wake up and say you’ll start taking, especially with multiple players having been suspended for using it.

Regardless, Vaccaro is now under stricter scrutiny by the league, and if he slips up the punishments can be severe.