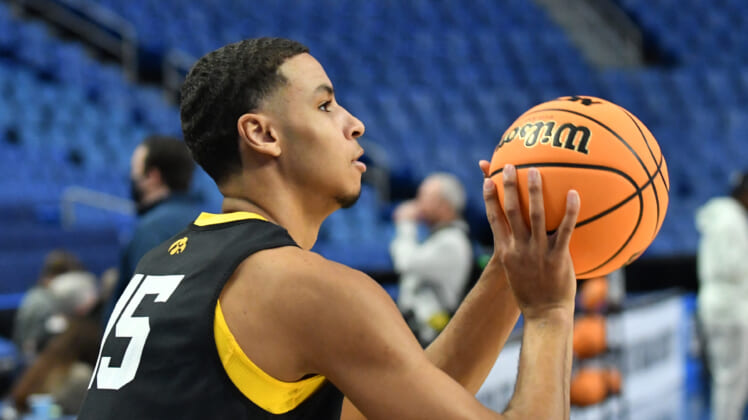 The Sacramento Kings experienced rare luck in the NBA Draft lottery, moving up to the fourth pick in the 2022 NBA Draft. While it’s not the dream scenario in a draft class with three high-end talents, there’s an opportunity to make the best of this good fortune.

Since taking over as general manager, Monte McNair has done well in the NBA Draft. While he benefited from Tyrese Haliburton sliding to the 12th overall pick, he snagged a great player when other NBA executives passed on the future All-Star guard. Most recently, Sacramento prioritized defense and ignored a guard-heavy roster by selecting Davion Mitchell 9th overall in 2021.

The Kings are in a fascinating spot this offseason. McNair is on the final year of his contract with the front office insisting on playoff contention for job security to even be possible. It opens up the possibilities for the 4th pick on draft night.

Sacramento might find itself facing a similar decision as to the 2021 NBA Draft. While Haliburton and Buddy Hield are gone, the duo of De’Aaron Fox and Davion Mitchell remains. While it took some time for Mitchell to settle in, he averaged 14.7 points and 5.5 assists in his final 32 games and averaged 18.8 points and 9.3 assists in his last 11 starts.

It might seem like that should be enough to cement his status in the starting lineup alongside Fox. However, assuming the trio of top prospects – Chet Holmgren, Jabari Smith Jr. and Paolo Banchero – are off the board when the Kings are on the clock, Jaden Ivey is the best player available. 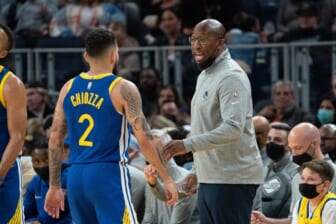 Ivey’s athleticism and scoring ability could make him the best player from the 2022 draft class within four years. While the fit alongside Fox might not be perfect, Sacramento would boast two of the fastest guards in the NBA. An up-tempo attack with two players capable of flying to the rim with their speed, it’s an intriguing possibility. Ivey is an elite athlete with prototypical size (6-foot-4), offering the raw tools to become a star.

Drafting him might lead to trading Mitchell for a power forward, but it’s also an instance of taking the best player available. If McNair drafts Ivey, it could make up for the Haliburton trade and the Kings would still have Domantas Sabonis.

The Sacramento Kings draft history suggests there is a very realistic chance Keegan Murray is selected with the No. 4 pick. Mitchell and Haliburton were both experienced college players who offered a high basketball IQ, outstanding defensive instincts and were viewed as two of the most pro-ready players in their respective draft classes.

If winning now dictates who is drafted, Murray is the pick. The 6-foot-8 forward is a versatile defender with the length to match up with bigger forwards and the athleticism to be the on-ball defender against more athletic wings.

He also fits nicely into the Sacramento Kings lineup, no matter what head coach Mike Brown wants to do. If they go small, Murray’s length allows him to play center for a stretch. He also profiles very comfortably as a stretch four with Sabonis at the center.

Another benefit, Murray plays without the ball in his hands. He knows how to get away from the defender, creating open passing lanes for the ball-handler and putting himself in position for the best possible shot. Fox is a ball-dominant guard, but he can find players who get open beyond the perimeter and Murray (39.8% from 3PT as a sophomore) can hit from the outside.

He might be viewed as a slight reach with the fourth pick, considering he will be a 22-year-old rookie and lacks the upside of his peers. If the Kings are a win-now team, though, Murray makes a lot of sense.

Shaedon Sharpe is the wild card of the 2022 NBA Draft. The situation at Kentucky remains odd, with the No. 3 recruit in the 2021 class seemingly using the Wildcats to develop this past season. The last time scouts saw Sharpe play in a real game, he was playing at Dream City Christian High School.

NBA teams are going to be evaluating Sharpe based entirely on his athleticism and high school tape. Despite these concerns, this is a 6-foot-6 wing with a nearly 7-foot wingspan. He also put on a show for NBA teams during his Pro Day in Chicago.

There’s a reason he was once the No. 1 recruit in a deep 2023 class. Sharpe’s athleticism and scoring ability could make him an All-Star at the next level. He can shoot it from anywhere on the floor and he knows how to create offense with or without the basketball in his hands. Another plus, even at the high school level he showed a willingness to play tough defense and his physical profile suggests he can be a good defender.

He would just be a massive risk for the Sacramento Kings. McNair would be betting his job on a coin flip and it’s possible the next general manager benefits from the Sharpe selection. If the Kings are purely focused on upside and lineup fit, Sharpe could be the selection over Ivey.

The most unlikely draft night scenario for the Sacramento Kings, but one that isn’t completely out of the question. Both Holmgren and Smith Jr. will be top-three selections, that much is for certain. With that acknowledged, the possibility exists that the Oklahoma City Thunder make a surprise pick at No. 2 overall or a trade shakes things up. 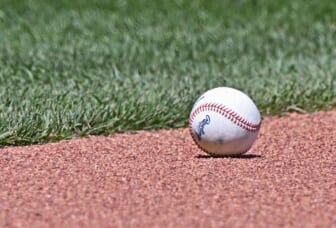 Paolo Banchero will come into the league and immediately become the favorite to win NBA Rookie of the Year. He’s a polished scorer, especially showing the ability to make things happen near the paint. The 6-foot-10 forward is also comfortable stepping behind the three-point line and sinking a few, making him the ideal big man for the modern game.

There’s an even bigger benefit to drafting Banchero. According to The Athletic, he averaged 6.3 assists per 100 possessions as a freshman. Banchero is a playmaker, showing the passing skills and vision to help create for those around him. No matter what, Banchero is going to create points for his team.

Sacramento would need something to go wildly in its favor to land Banchero, that or McNair needs to swing a trade. Given everything at stake for this organization and the history of surprises on draft night, it’s at least a possibility.