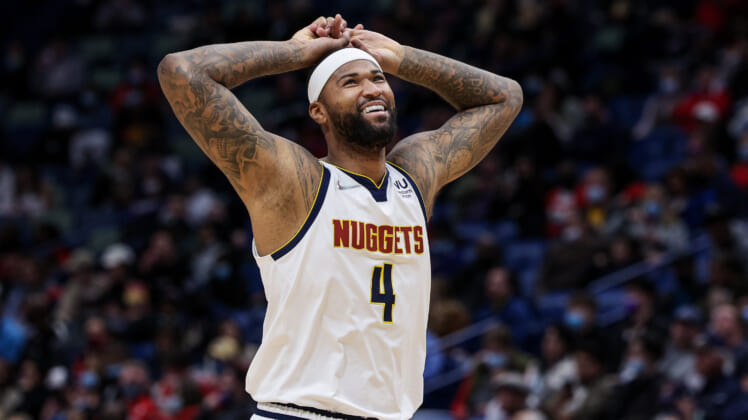 In 2010, the Sacramento Kings made Kentucky center DeMarcus Cousins the fifth overall pick in the NBA draft. He went on to make the 2010-11 All-Rookie team and had even better numbers in his second season. Cousins would go on to play six-and-a-half seasons in Sacramento and despite making three of his four total All-Star appearances with the Kings, Cousins recently suggested he regrets his time spent in Sactown.

Speaking with Marc J. Spears of Andscape, Cousins recently reflected on his Kings tenure from 2010-17.

Spears: If you could go back and change anything, what would you change that might have changed how you’re perceived now? Is there anything where you’re like, “Man, I should’ve just …”

Cousins: I would’ve skipped my draft workout [in Sacramento].

Spears: Why is that?

Cousins hasn’t been the same since his Sacramento days

It’s interesting that Cousins feels so strongly about his time in Sactown. It’s not necessarily a surprise that he looks so negatively on Kings tenure, but as far as what the team did for him, well, what has any other team done for Cousins?

The fewest games Cousins ever started with the Kings was 55, in the season he was traded to the New Orleans Pelicans. Ever since, Cousins has never started more than 48 games. He made one All-Star appearance, coming the year after he was traded, but he’s never been the same since.

Sacramento gave Cousins a very long leash to work with, sometimes perhaps too long. Sure, maybe that’s helped contribute to some bad tendencies and approaches over the years, but they still were willing to take a chance on the kid as a 20-year-old. Times couldn’t have been that bad, at least not at the start.

Sure, he never made it to the playoffs with the Kings, but Cousins hasn’t experienced much success elsewhere either. Where is Cousins today, that’s so much better off than in Sacramento?

Well he’s filling a role behind the likely back-to-back MVP by backing up Nikola Jokic with the Denver Nuggets, making the league minimum.

But yeah, keep telling everyone it was Sacramento’s fault, when in reality, you’re just as much to blame as anyone else. Maybe, in the end, it was a perfect fit all along.