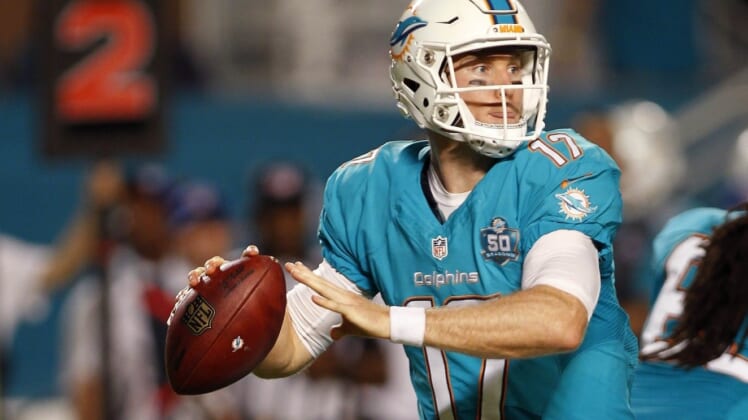 Miami Dolphins quarterback Ryan Tannehill, who injured his ACL back in the beginning of December, has announced to reporters that he may or may not need surgery to repair the ligament.

Tannehill, a former first-round pick out of Texas A&M, has been much-maligned as the starting quarterback in Miami despite a solid career. He returned to practice on Friday but was only throwing the ball from a stationary position.

With Adam Gase calling plays in Miami, Tannehill has established himself as an above-average starter in the NFL when healthy and has helped lead the Dolphins to their first playoff berth since the 2009 season.

With votes of confidence from his teammates, it is expected that Tannehill will return next season full strength to lead the Dolphins back into the playoffs, ACL surgery or not. There had been some faint hope that he might have been able to return this year in the playoffs, but at this point that seems like quite a stretch.