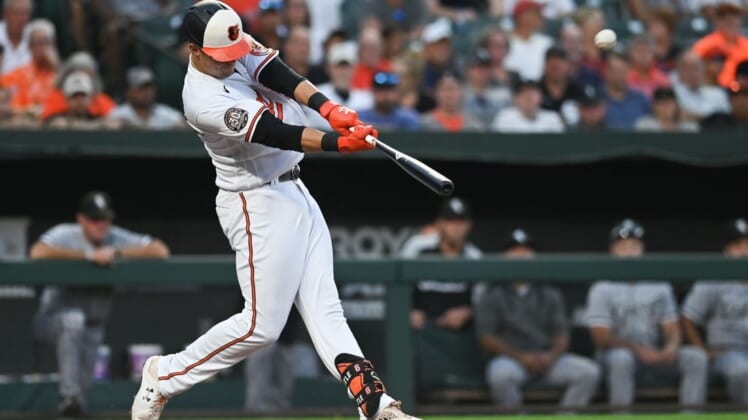 Ryan Mountcastle’s three-run home run in the first inning helped carry the Baltimore Orioles past the visiting Chicago White Sox 5-3 in the opener of a three-game series on Tuesday.

The Orioles, who have won three of their past four games, prevailed despite getting out-hit 11-5.

Baltimore starter Austin Voth (4-1) went 5 2/3 innings and surrendered two runs on seven hits. He walked three and struck out three while notching his fourth straight winning decision. Five Orioles relievers followed him to the mound, with Felix Bautista getting the last five outs for his ninth save.

Jimenez launched a two-run shot in the top of the inning, his seventh home run of the season and his first in 17 games.

Mountcastle bashed a three-run homer with one out in the bottom of the inning, his 18th long ball of the year. He has three homers in his past eight games.

The Orioles tacked on another run in the sixth. Cedric Mullins reached on a walk, moved to second on an errant pickoff throw and came home on Anthony Santander’s one-out single that ended Cease’s outing.

The gape was cut to one run again when pinch hitter Andrew Vaughn’s two-out single in the seventh drove in Robert, who led off with a double.

Jorge Mateo’s two-out RBI single in the seventh pushed the edge to 5-3. The hit knocked in Austin Hays, who had doubled with one out.

AJ Pollock, Gavin Sheets and Seby Zavala added two hits apiece for the White Sox, who have lost five of their past six games. Chicago was in its third city in three days. The scheduled series finale at Cleveland was postponed on Sunday before the White Sox lost on Monday in a one-game stopover at Kansas City.