Russell Wilson on future with Seahawks: ‘You never know’ 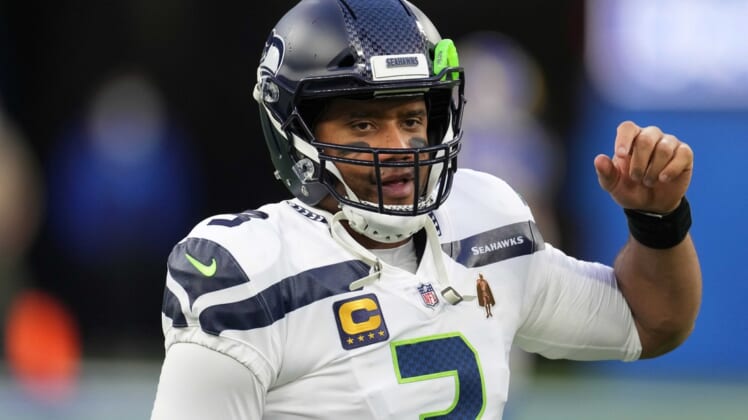 Seattle Seahawks quarterback Russell Wilson has been the subject of multiple trade scenario discussions by media and fans this season. And even though no movement for the quarterback has manifested, the seven-time Pro Bowler isn’t exactly throwing cold water on the idea.

In a news conference held with the media this week via Zoom, Wilson said, “I think that you never know … I know for me personally, I hope it’s not my last game. But at the same time, I know it won’t be my last game in the NFL.

“So I’m just focused on the day and getting better today. And so that’s my focus. That’s my goal. I love this city, and I love this moment. I love these guys. And so we’ve got to make sure we get better today. That’s the only thing that matters.”

Wilson, 33, has two years remaining on a contract that will pay him an average of $35 million. A departure would require an outright release — unlikely with a $26 million dead cap hit in 2022 — or a trade, which would be most likely to occur prior to March 20, the fifth day of the new league year, when he is due a $5 million roster bonus.

If a trade is in the offing, that would leave Sunday’s game with the Detroit Lions as Wilson’s final home game as a Seahawk since he was drafted in the third round of the 2012 NFL Draft, a tenure of ten seasons.

Wilson has started nearly every game of that run, missing only three games earlier this season after he suffered a ruptured tendon and dislocation of his right middle finger in Week 5 against the Los Angeles Rams.

The one-time Super Bowl champion has had one of his worst statistical seasons of his career, throwing for 2,639 yards with 18 touchdowns on 64.9 percent passing. He did express that he feels his stated pursuit of more Super Bowl victories remains possible in Seattle.