It’s not easy to find a franchise quarterback, so the Seattle Seahawks couldn’t afford to let Russell Wilson walk.

According to Peter King of The MMQB, Wilson and the team agreed to a four-year, $87.6 million extension with approximately $60 million in guaranteed money.

There’s an economic term that describes this situation: opportunity cost. Oxford defines it as “the loss of potential gain from other alternatives when one alternative is chosen.”

The opportunity cost in this situation is that the Seahawks have elected to potentially lose key pieces so they can keep a franchise quarterback. Seattle will now be hard-pressed to retain each of safety Kam Chancellor, defensive end Michael Bennett and linebacker Bobby Wagner. 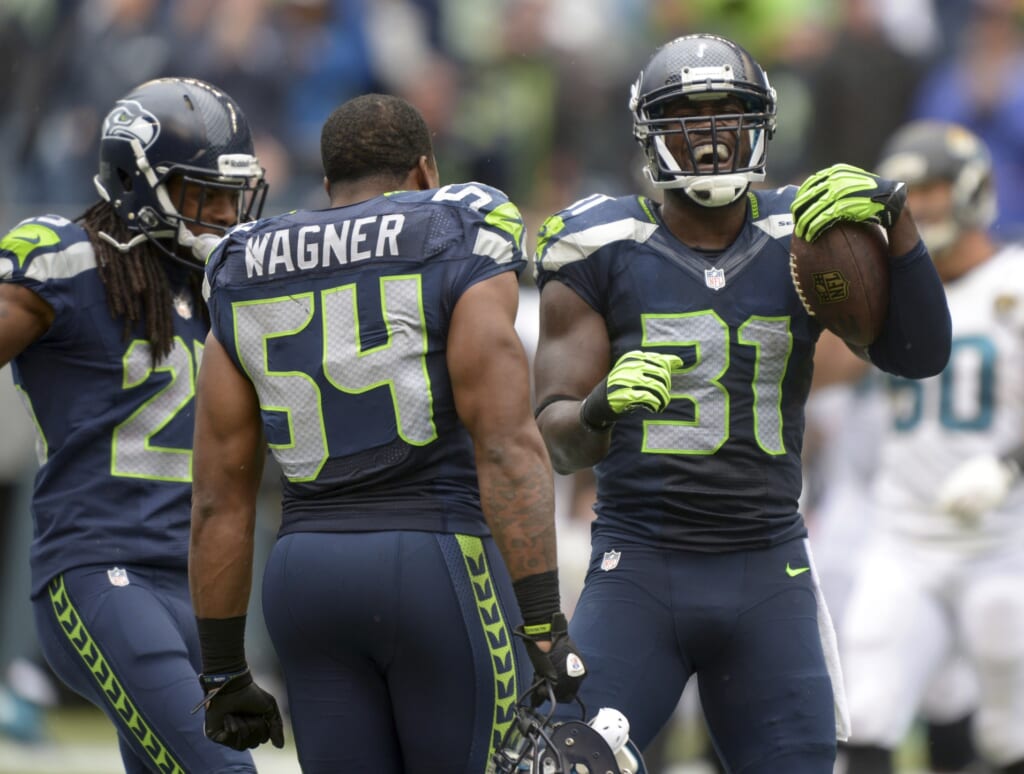 Courtesy of USA Today Images: Seattle has locked up Richard Sherman. The next step is pleasing Wagner and Chancellor.

Chancellor isn’t reporting to training camp and will hold out. Bennett has been seeking a new deal. Wagner wants a raise.

Though Wilson’s new contract doesn’t signal the end of the Seahawks’ emerging dynasty, general manager John Schneider must work shrewdly in order to preserve it.

In March 2014, ProFootballTalk suggested the salary cap could rise to $160 million by the 2016 season. According to Spotrac data—prior to Wilson’s new deal being included—the Seahawks are already on the hook for $116.2 million next year.

So, after Wilson’s 2016 salary is announced, a clearer picture of Seattle’s future will be available. Nevertheless, Wagner, left tackle Russell Okung and defensive tackle Brandon Mebane are set to become unrestricted free agents, while the contract demands of Chancellor, Bennett and others may linger.

If the Seahawks encounter any roadblocks in those negotiations, they could decide to let the respective free agent leave. Plus, it could make wide receiver Doug Baldwin—or even running back Marshawn Lynch—an expendable piece. The team would likely prefer to avoid that situatio, but that’s a reality Seattle may face.

While Schneider and the front office might be able to maneuver the cap gymnastics and re-sign each key player without sacrificing much, they’re approaching a potentially tight financial situation.

Despite it all, though, the Seahawks couldn’t afford to let Wilson not cause money problems. He’s a franchise quarterback, so Seattle needed to pay him—no matter the opportunity cost.