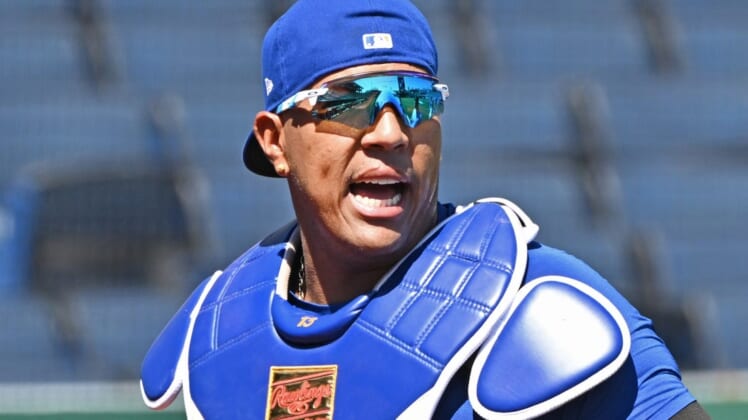 The Kansas City Royals activated star catcher Salvador Perez from the injured list prior to Friday night’s game against the New York Yankees.

Perez is batting third and serving as the designated hitter on Friday at Yankee Stadium.

Perez last played June 21 and underwent surgery on his left thumb on June 24. His initially recovery projection was eight weeks but he beat that timetable by three weeks.

“At that point, I think we take whatever we think our preconceived idea was of how long it should take and throw it out the window,” Kansas City manager Mike Matheny told reporters prior to Friday’s game.

Perez, a seven-time All-Star and five-time Gold Glove winner, is the face of the franchise.

Perez, 32, reached the majors with Kansas City in 2011. He was World Series MVP in 2015 when the Royals beat the New York Mets to win the crown.

“He’s the heart and soul of our club,” Matheny said. “We’re really fortunate to have him back.

“We’re talking about a guy who controls a clubhouse. We need that from some of your veteran players. Guy who goes about his business how you want to be emulated from everybody. Also, the fact that he’s really good.”

Perez tied for the major league lead with 48 homers in 2021 and led the majors with 121 RBIs. Both were career-best outputs.

Kansas City optioned infielder Emmanuel Rivera to Triple-A Omaha in a corresponding move. Rivera, 26, is batting .232 with six homers and 22 RBIs in 63 games with the Royals.

Also, shortstop Bobby Witt Jr. (right hamstring) wasn’t in the starting lineup for the fifth straight game. The 22-year-old rookie is batting .258 with 14 homers and 51 RBIs in 91 games.