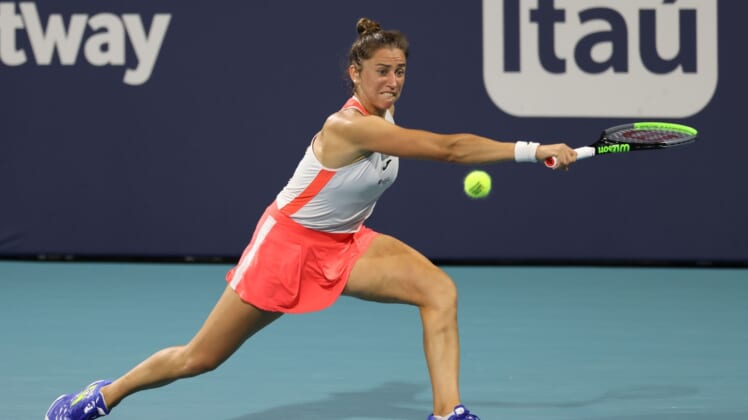 Spain’s Sara Sorribes Tormo delivered a major upset at the Tokyo Olympics by recording a 6-4, 6-3 victory over World No. 1 Ashleigh Barty of Australia.

Sorribes Tormo committed just 13 unforced errors while Barty had a staggering 55. The 24-year-old Sorribes Tormo has never made it past the second round of a Grand Slam event.

Japan’s Naomi Osaka now moves into the favorite’s role. She had no issues in her first match as she cruised to a 6-1, 6-4 victory over Saisai Zheng of China.

Collins recorded five aces and overcame eight double faults while outdueling Ruse, who had three aces and one double fault. The fiery Collins won the final four games of the match.

Collins, 27, has battled health issues the past two years, including being diagnosed with rheumatoid arthritis as well as this year’s surgery for endometriosis, a disorder in which the inner lining of the uterus grows outside the uterus.

“I think everybody is aware of the health challenges I’ve faced in the last two years,” Collins said during the trophy ceremony. “At some points, I thought my career was close to being over because of them.”

Belgium’s Maryna Zanevska posted a 6-4, 7-6 (4) victory over Slovakia’s Kristina Kucova to record her first career title with the win at Gdynia, Poland.

The 27-year-old Zanevska has won eight of her past nine matches. She saved eight of 13 break points.

Kucova saved 14 of 20 break points. She had three double faults and no aces.