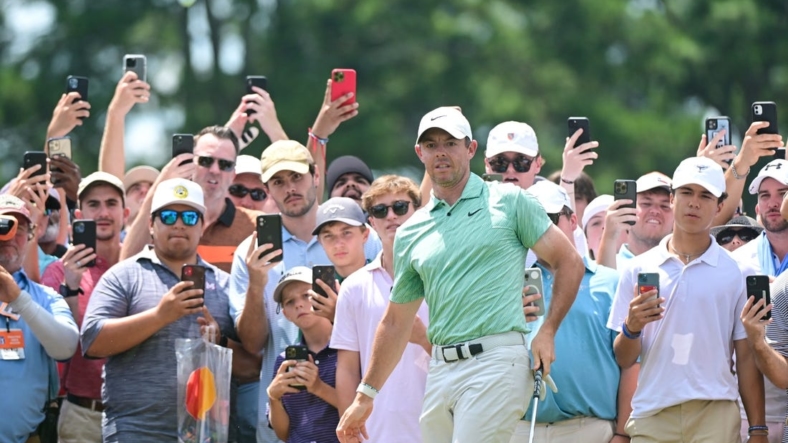 Rory McIlroy of Northern Ireland became the first three-time winner of the FedEx Cup with a sterling comeback in Sunday’s final round of the Tour Championship at East Lake Golf Club in Atlanta.

McIlroy overcame a six-stroke deficit to slip past No. 1 seed Scottie Scheffler and claim the $18 million first prize.

McIlroy shot a 4-under par 66 in the final round and ended up at 21 under for the tournament, capturing a one-stroke victory on Scheffler (73) and South Korea’s Sungjae Im (66).

McIlroy’s effort marked the third-largest final-round comeback on the PGA Tour this year.

McIlroy pulled even with a birdie on the 15th hole from nearly 32 feet away. On the next hole, he appeared in trouble, but a pitch shot hit the pin and he was able to sink a 7-foot par putt. Scheffler took a bogey on the hole after hitting out of a greenside bunker.

Scheffler had a chance to regain a share of the lead, but failed to connect on a 9-foot birdie putt on No. 17. His only birdie in the final round came on the par-4 eighth hole.

Im was bidding to become the first golfer from Asia to capture the FedEx Cup. Even a double bogey on the 14th hole didn’t derail his chances, though settling for par on the par-5 18th turned out costly.

Xander Schauffele was fourth at 18 under after his 69 in the final round. Max Homa shot 66 Sunday to finish at 17 under, tied with Justin Thomas (68).

Defending champion Patrick Cantlay shot 70 and ended up at 16 under in a tie for seventh place with Sepp Straka (68) of Austria.

McIlroy, the 2016 and 2019 FedEx Cup champion, had a bogey and four birdies across the first seven holes of the final round.

Scheffler was up six shots after the suspended third round concluded Sunday morning. McIlroy rolled in birdies in his two remaining holes of the third round to get to 17 under before beginning his final-round surge.

The margin was down to one stroke early in the fourth round after Scheffler bogeyed Nos. 1, 3 and 6.