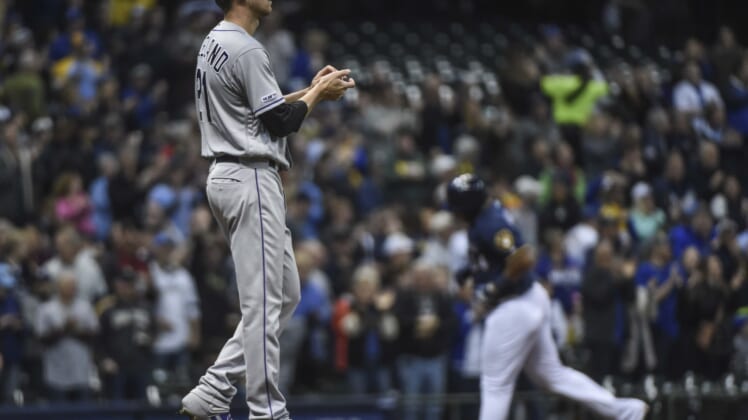 Less than a year after he finished fourth in the N.L’s Cy Young voting, Colorado Rockies starting pitcher Kyle Freeland will now find himself in the minor leagues.

In a series of roster moves on Friday, Colorado sent down its struggling southpaw to Triple-A Albuquerque to try and correct the issues that have haunted him throughout this season.

After dominating the majors in 2018 with a 2.85 ERA and 1.25 WHIP, Freeland ran into significant trouble this season with the long ball.The 26-year-old gave up 16 home runs in 59.1 innings this season after surrendering 17 over 202.1 innings last season.

While Freeland’s walk rate has only seen a slight increase this season, opponents are hitting .276 off of him this season and it led to a massive spike in his ERA to 7.13 with a 2.43 HR/9.

It’s one of the biggest falls from stardom we’ve seen from baseball in recent years. Now the Rockies can only hope Freeland is able to figure out his issues in the minors and 2018 doesn’t prove to be a fluke.