Remembering the legacy of Roberto Clemente and a lasting impact beyond 3,000 hits 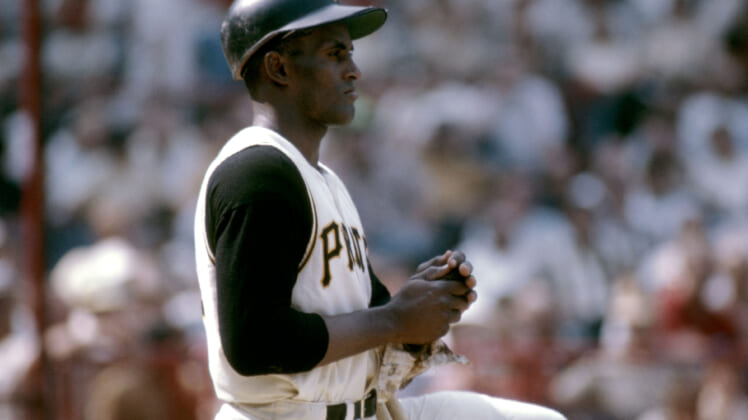 Heroes get remembered, but legends never die. The iconic quote from “The Sandlot” lives in the minds of baseball fans across generations. It’s also perfectly captured by the life and legacy of Pittsburgh Pirates icon Roberto Clemente.

Born in Puerto Rico on Aug. 18, 1934, Clemente’s path to Major League Baseball was a winding road. A childhood passion for the game led him to go from playing in the barrios to playing in Puerto Rico’s amateur league. He first became a professional baseball player as an 18-year-old starring in the Puerto Rican Professional Baseball League and catching the eye of MLB scouts in just a few years.

Spotted by Brooklyn Dodgers scout Al Campanis in 1952 (ESPN), Clemente signed with the club 15 months later for a $10,000 signing bonus and a $5,000 salary in his first year at Triple-A Montreal in 1954. However, Brooklyn instructed the Triple-A manager to play Clemente sparingly to prevent MLB teams from seeing this outstanding, young player.

Pittsburgh largely struggled through Clemente’s early years, only finishing above .500 in 1958 (84-70) and 1959 (78-76). Baseball history and the Pirates’ organization would forever be changed the following year.

The breakout happened in 1960. Clemente posted a career-high 179 hits in 144 games, scoring 89 runs and racking up 94 RBI. He also turned raw power into production, crushing 16 home runs after combining for 14 in the previous three seasons.

Led by their All-Star outfielder, Pittsburgh finished with the best record in the National League (95-59). Clemente would then propel the Pirates to a 1960 World Series title over the New York Yankees, leading the team in hits (nine).

From 1960-’72, the Pirates became one of the best teams in MLB. Clemente was a 15-time All-Star selection, won NL MVP in 1966 and won 12 consecutive Gold Glove Awards during that run.

Clemente’s incredible stretch of excellence saw him win two World Series titles, lead MLB in hits twice (1964, ’67), win the batting title four times (1961, 64-’65, ’67) and finished top-10 in MVP voting eight times. In addition, he is tied with Willie Mays for the MLB record for Gold Gloves by an outfielder (12) and is in an exclusive club of players in the modern era to hit three triples in one game.

No. 21 accomplished all of this and was still playing at a high level into his late 30s. Even before Clemente lined a double for his 3,000th career hit on Sept. 30, 1972, he was destined for the Baseball Hall of Fame.

How Roberto Clemente died and the impact on his legacy

The baseball world rightfully remembers Clemente and the Pittsburgh Pirates No. 21 will always hold a special place in the hearts of many. An important part of his legacy is also his death and why his tragic loss of life served as a reminder that the Hall of Famer was an even better person than a player.

A Puerto Rican native, Clemente’s stardom in the United States never kept him from giving back to those in need. He saw an opportunity to use his platform and fame to help so many others who grew up under the same or even worse circumstances as he did as a child. Whenever the opportunity arose, especially for those in Central America, he stepped up to help.

Following the 1972 season, Clemente traveled back to Nicaragua to coach a Puerto Rican amateur baseball team. On Dec. 23, a 6.3 magnitude earthquake struck Nicaragua, leaving thousands dead and even more without homes. At a time of desperation for so many, the Pirates’ star and a face of baseball went beyond donating money.

Clemente leased two airplanes, including a DC-7, and raised more than $150,000 to supply 26 tons of food, clothes and medicine to the communities impacted by the earthquake (History.com). Wanting to ensure the aid reached those who needed it, Clemente boarded the fourth flight on Dec. 31 knowing his presence would prevent the supplies being diverted elsewhere. 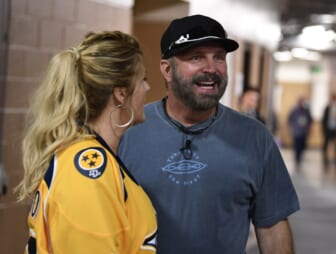 Unfortunately, Clemente was never told about the existing damage the DC-7 already had nor was he informed about its previous crash on Dec. 2. In addition, co-pilot Arthur Rivera lacked the certification to co-pilot a DC-7 and failed to hire a flight engineer (SABR).

The plane, already carrying too much weight, had an engine failure after takeoff and crashed killing Clemente and four others onboard.

The baseball world lost an icon and the Clemente family lost a husband and a father of three children. However, Clemente’s legacy lives on as an inspiration to others nearly 50 years after his death. He was the ultimate humanitarian with Roberto Clemente Day (Sept. 15) and the Roberto Clemente Award – given to the player who “best exemplifies the game of baseball, sportsmanship and community involvement” – just two ways the game Clemente loved honors him today.

He became the first Latin American player elected into the Hall of Fame, inspiring the careers and lives of thousands who followed in his footsteps after. The ultimate hero and humanitarian, Clemente’s name lives on forever in baseball history.