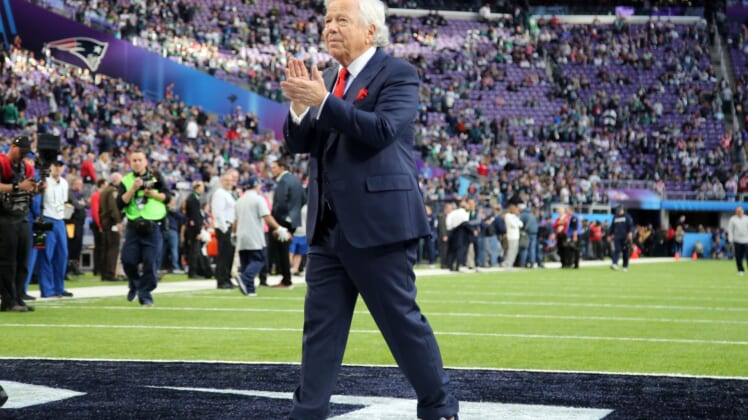 Once news of the sting broke this past Friday, it was immediately noted that authorities had video tape evidence of Kraft taking multiple visits at Orchids of Asia Day Spa in Jupiter — one on the morning of the AFC Championship Game late last month.

Now comes this report from ESPN’s T.J. Quinn noting that tapes of Kraft’s visits are expected to be released to the public.

Many asking if the Kraft video will be released. Law enforcement officials expect yes, although most graphic parts likely will be either eliminated or pixilated. Again, I'm told it's… graphic. Expecting motion to seal in 3… 2… 1…

It’s not yet known when the videos might be released. But Kraft’s side certainly doesn’t want them becoming public record.

As it relates to the videos, sources told Quinn that they prove Kraft was in fact the man in question. The longtime Patriots owner also isn’t expected to dispute the charges.

As a developing story, this promises to get even more interesting before the legalities play out. That’s for sure.

Kraft faces up to one year in prison if convicted on the two charges.