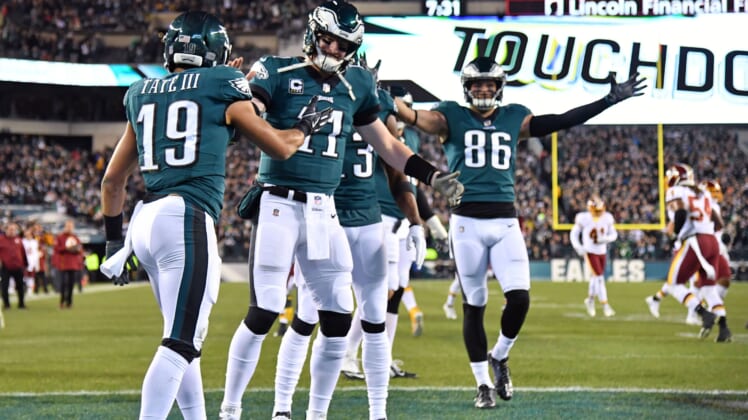 The Philadelphia Eagles head into Week 7 at a crossroads. The team is currently 3-3 on the season and is coming off a blowout loss to the Minnesota Vikings.

Set to take on the Dallas Cowboys Sunday night in a battle for first place, this report from ESPN’s Josina Anderson indicates that a rift is growing between Carson Wentz and other members of the Eagles.

“We need to make bleep simpler. Sometimes we need to just handle what is manageable. Even Peyton Manning knew when to check it down. Carson Wentz right now is 38-percent on passes that travel 15 air yards, has three interceptions on passes like that, which is tied for most in the league,” an unnamed Eagles players said (h/t 94 WIP Radio). “He also has 148 passes on those that are 10 yards or fewer, right now he has nine touchdowns and zero interceptions on passes like that so I do think it is an apt point.”

That’s a pretty big shot at Wentz. It’s also interesting in that Philadelphia’s defense ranks in the bottom 10 of the NFL in points allowed and has yielded 27-plus points in all but two games this season.

Assuming this is coming from a player on that side of the ball, it could spell trouble moving forward.

After all, the Eagles’ offense ranks ninth in scoring and Wentz has thrown 12 touchdowns compared to three interceptions this season.