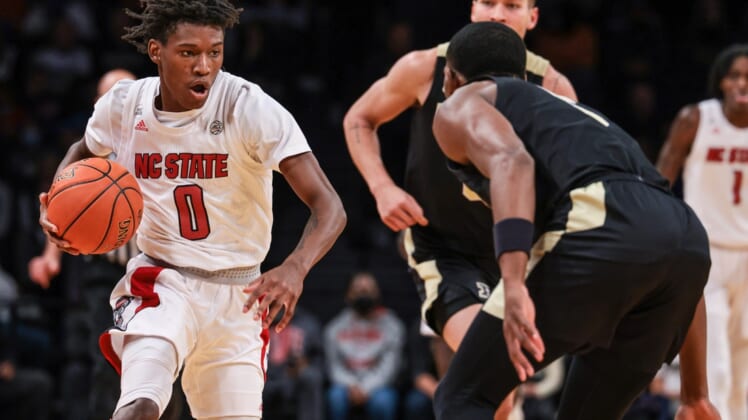 Grant Golden scored 19 points and Richmond fended off North Carolina State in an 83-74 victory Friday night as part of the Basketball Hall of Fame Shootout in Charlotte, N.C.

The Wolfpack (7-4) was looking for a bounce-back outing after an overtime loss to then-No. 1 Purdue last weekend in Brooklyn, N.Y. This was NC State’s second game in a row in an NBA arena.

Richmond shot 52.5 percent from the field. The Wolfpack shot 37.7 percent.

Richmond led throughout the second half but the Wolfpack made several threats, pulling within 63-62 on Seabron’s basket with 8 1/2 minutes to play.

It took almost 3 1/2 minutes before NC State had another field goal, but Richmond failed to extend the lead by much.

Whenever the Wolfpack closed within three points, Richmond had answers in the last three minutes. Golden scored off a drive. Gilyard had four straight Spiders points as they clung to a 78-73 edge with just less than a minute to play.

Richmond benefitted from a strong shooting first half for a 39-35 lead at the break.

This is the Spiders’ first victory against NC State in five all-time meetings.