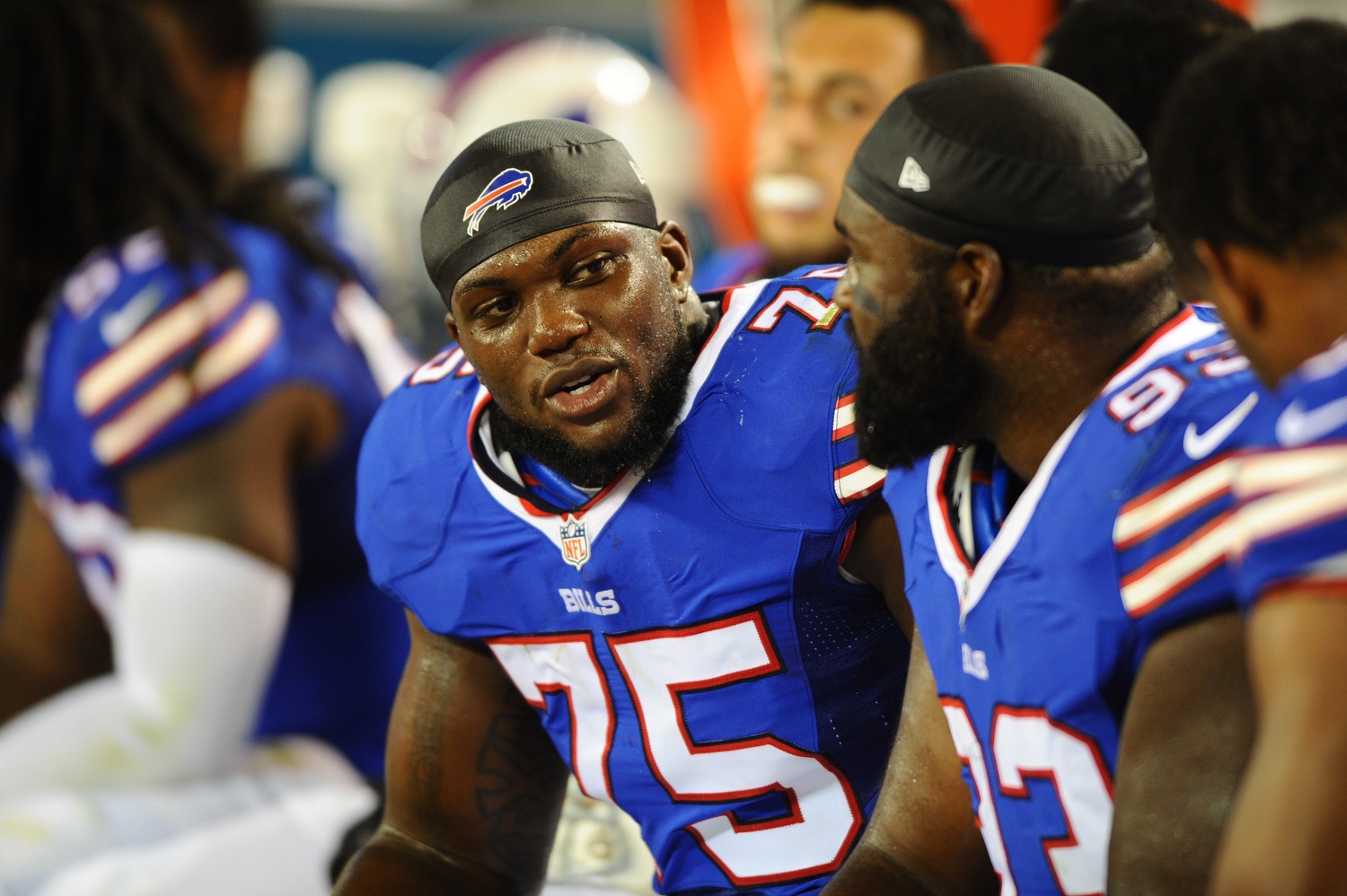 When the Buffalo Bills signed IK Enemkpali last year following his KO of Geno Smith, most thought it was a classic Rex Ryan move to troll his former squad.

Looking ahead to the 2016 season, it’s quite possible that move could pay dividends, as Enemkpali is expected to push for playing time to help fill the void left by Mario Williams.

That role was thought to be a shoo-in for rookie Shaq Lawson. But an shoulder injury and subsequent surgery has cost him valuable time already and there is currently no timetable for his return. WGR 550 in Buffalo passed along news, via EPSN’s Louis Riddick, that Lawson could be out the entire season, leaving Buffalo in a tight spot.

While Enemkpali has some work cut out for him to earn a starting role, he has already impressed Bills coaches this spring. At this point, veteran outside linebacker Manny Lawson could asked to slide inside and take on the role of defensive end in Ryan’s 3-4 scheme, but nothing is set in stone.

“Absolutely he could do that with Shaq being on the shelf. Yeah, no doubt,” Ryan said, per Jay Skurski of The Buffalo News. “Like I’ve always said … Manny can be a catch-all for this team. Outside. Inside. Wherever. You can always play him.

“But IK’s done really well. … We’re bumping guys around and stuff but, yeah, he’ll have a chance. IK is a physical player. He’s doing a much better job in his pass-coverage responsibility. So I could definitely see him pushing for playing time, without question.”

A sixth-round selection by the Jets in 2014, Enemkpali has yet to make a single start in his first two years. Appearing in 17 games, mostly as a special teams player, he has just 16 total tackles and no sacks.

Needless to say, it would be quite the surprising development if he does manage to earn significant playing time and/or becomes a starter for the Bills this year.

Still, entering his third year, Enemkpali would hardly be the first player to come from humble beginnings to end up playing a big role in the NFL.