Revs’ Carles Gil on playing in snow: ‘This is not football’ 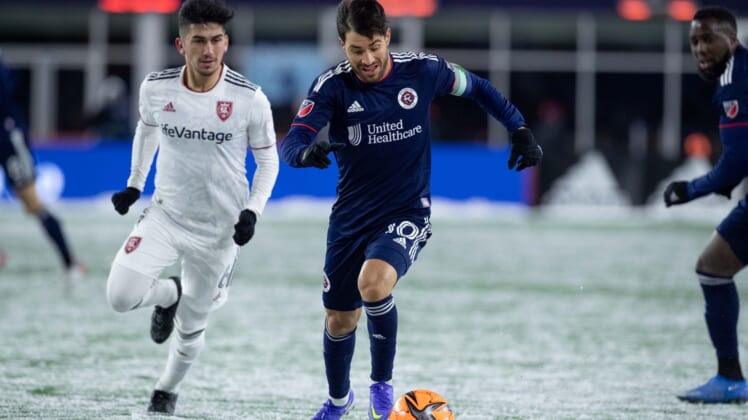 Heavy snow fell in the first half before windy conditions became more prevalent in the second.

New England saw a 2-0 lead evaporate after the bottom fell out in the second half. Real Salt Lake halved the deficit in the 78th minute, forged a tie in the 88th minute and pulled ahead in stoppage time.

Gil, the Revolution’s captain, wasn’t at a loss for words after the match.

Revolution coach and sporting director Bruce Arena had a slightly different take on the matter.

“Games have been played in the snow, so I can’t argue that,” Arena said. “What do you take away from it? Probably you have to have better concentration at the end of the game and certainly on a day like today, there’s going to be mistakes made in the penalty area. And for us to have a combination of mistakes like that at the end of the game is inexcusable, but it certainly wasn’t a soccer game today. But, you know, both teams played under the same conditions, so give them credit.”