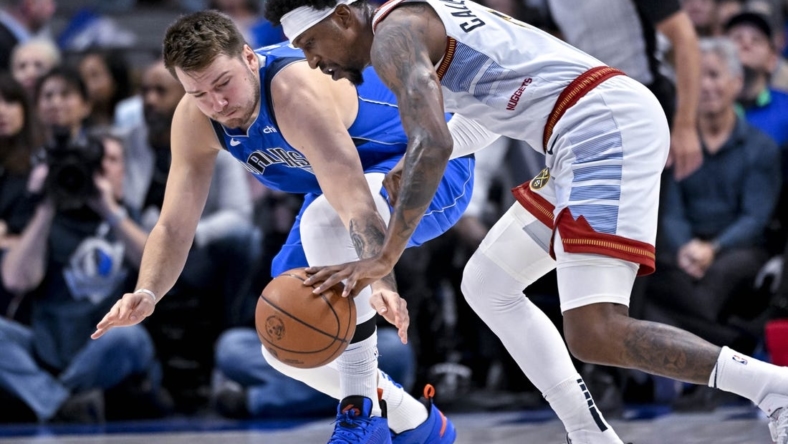 Luka Doncic had 33 points, 12 rebounds and 11 assists in his return to the lineup, Christian Wood had 28 points, and the host Dallas Mavericks beat the shorthanded Denver Nuggets 127-99 on Friday night.

Doncic, who sat out Wednesday’s home loss to Houston for rest, notched his fourth triple-double of the season, the most in the NBA.

The Nuggets were without three starters against the Mavericks. Nikola Jokic and Jamal Murray are in health and safety protocols and Aaron Gordon missed his second game with a non-COVID illness.

Jokic has missed two straight games and Murray one due to health and safety protocols. Denver hopes to have all three back Sunday when the teams meet again in Dallas.

The game was close after the first quarter but Dallas dominated the second. After the Nuggets tied it on the first play of the period Wood converted a three-point play, Hardaway made a 3-pointer and Josh Green had a layup and free throw during an 11-2 run.

The Nuggets went down 20 early in the third but made a run minutes later. Jeff Green hit a layup, Caldwell-Pope drained a 3-pointer and Brown drove the lane for a dunk to make it 79-67.

Dallas came right back to extend the lead. Powell converted a three-point play, Bullock hit a 14-foot floater and Dinwiddie’s 3-pointer gave the Mavericks an 89-71 lead. Doncic outscored Denver 12-9 the rest of the third, capped by a 3-pointer that put Dallas ahead 105-83 heading into the fourth.

The Mavericks led by as many as 31 in the final period.