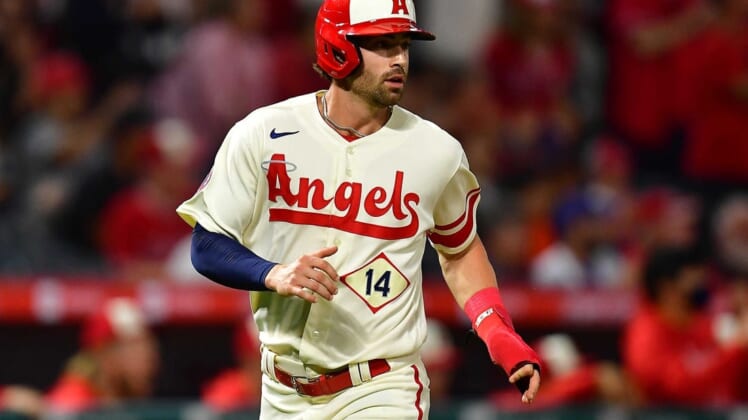 Wade, 27, will head to Triple-A Scranton/Wilkes-Barre, per the reports.

He batted .218 with one homer, eight RBIs and eight stolen bases in 67 games with the Angels this season before being designated for assignment on July 3.

Wade returns to the team that originally drafted him in the fourth round in 2013. He played his first five seasons with the Yankees, batting .212 with six homers and 33 RBIs in 264 games from 2017-21.

New York traded Wade to the Angels on Nov. 22 for a player to be named later. The versatile defender has spent time at second base, shortstop, third base, designated hitter and all three outfield spots.