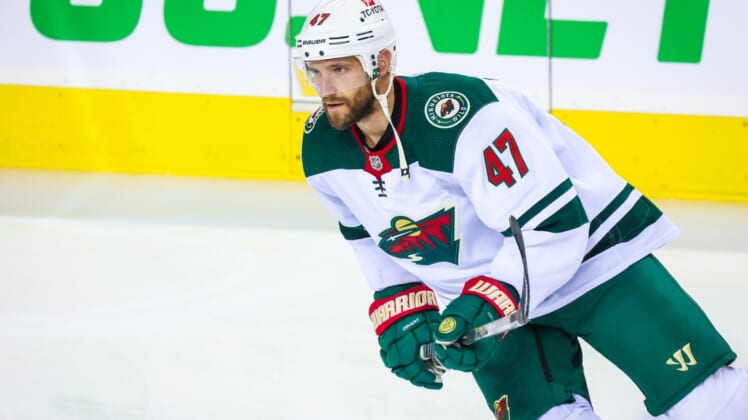 The Minnesota Wild agreed to a contract extension with veteran defenseman Alex Goligoski for an additional two seasons, according to multiple reports Tuesday.

Goligoski, currently in his 15th NHL season but first with his hometown Wild, is reportedly expected to make an average of $2 million per season.

The native of Grand Rapids, Minn., has two goals and 26 assists in 58 games with the Wild this season. He also has a career-high and team-best plus-34 plus/minus rating.

Goligoski, who turns 37 this summer, signed a one-year, $5 million deal last summer to join Minnesota — his fourth team in his career.