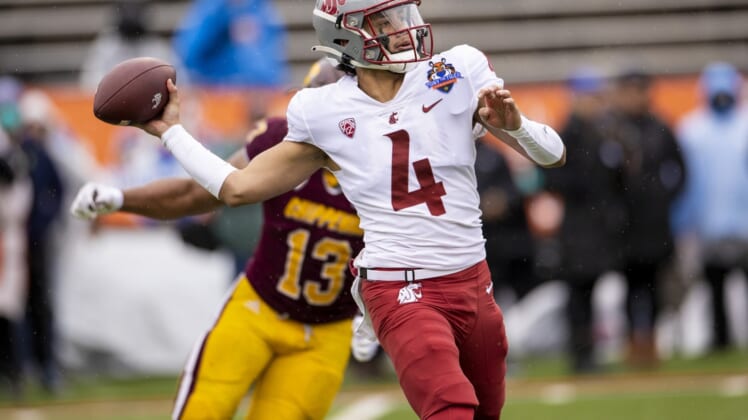 The Pac-12 Offensive Freshman of the Year passed for 2,798 yards, 23 touchdowns and nine interceptions this season.

Reports suggest de Laura’s decision to enter the portal may be tied to the possibility that FCS All-American quarterback Cameron Ward will transfer to Washington State. Ward was a star at Incarnate Word and his coach there, Eric Morris, was recently hired as the Cougars’ offensive coordinator.

Ward passed for 4,648 yards, 47 touchdowns and 10 interceptions while helping Incarnate Word to a 10-3 record.

In 2020, de Laura played in four games for Washington State and passed for 886 yards, five touchdowns and four interceptions. He retained his freshman eligibility by playing in four or fewer games.

Washington State went 7-6 this season, finishing with a 24-21 loss to Central Michigan in the Sun Bowl.