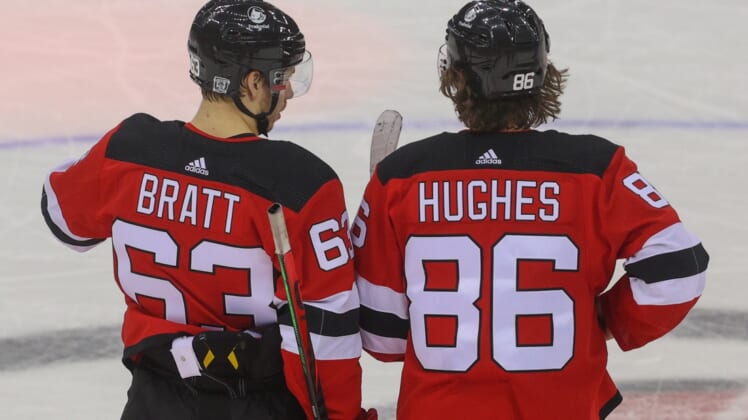 The New Jersey Devils are expected to return to practice on Monday after nearly two weeks off because of a COVID-19 outbreak, according to multiple reports Sunday.

New Jersey (4-3-2) hasn’t played since a 5-3 win at Buffalo on Jan. 31. Five games were postponed, but the Devils are expected to return to play on Tuesday at the New York Rangers.

The Devils have had as many as 19 players on the COVID-19 list since then. There still were 13 players on the list as of Saturday night, but some are expected to be activated before Monday’s practice, giving the Devils enough players for Tuesday’s game.

The Devils have played the fewest games of any NHL team so far this season.