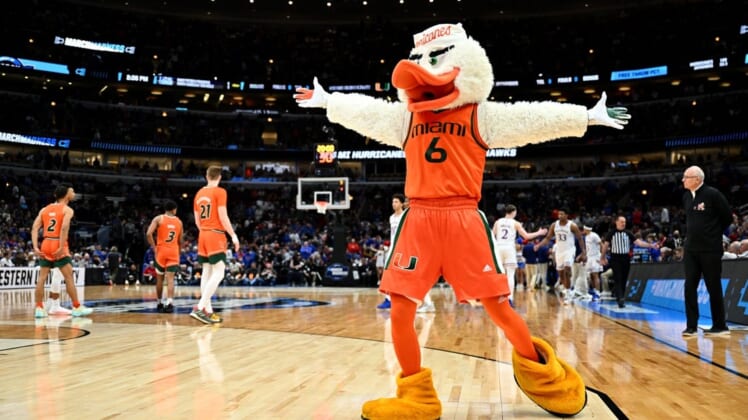 The NCAA is looking into name, image and likeness deals involving athletes at the University of Miami.

According to multiple reports, the NCAA has met with John Ruiz, a Miami mega-booster. Multiple reports characterize this as an “inquiry” by the NCAA and not a full-blown investigation.

Ruiz — a billionaire, attorney and Miami graduate — told CBS Sports that his meeting with the NCAA last week was “clean cut” and that there is “nothing to be alarmed about.”

He told Sports Illustrated that he has “nothing to hide” and his meeting with the NCAA went “super well.”

Ruiz has been public about the deals he has secured for Miami athletes recently. In April, he tweeted about his company LifeWallet signing Nijel Pack — a men’s basketball transfer from Kansas State — to a two-year deal worth $800,000, plus a new car.

In May, the NCAA’s Division I Board of Directors updated its NIL guidance to say that boosters — and collectives backed by boosters — are prohibited from recruiting athletes or providing them with benefits. Boosters are also not allowed to contact recruits, per NCAA rules.

Many interpreted the updated guidance as forward-looking, and that the NCAA wouldn’t go out of its way to punish previous offenders.

“While the NCAA may pursue the most outrageous violations that were clearly contrary to the interim policy adopted last summer, our focus is on the future,” board chair Jere Morehead said in a statement in May. “The new guidance establishes a common set of expectations for the Division I institutions moving forward, and the board expects all Division I institutions to follow our recruiting rules and operate within these reasonable expectations.”

Ruiz is the first booster to publicly say he has met with the NCAA about an NIL inquiry. It’s unclear if the NCAA has spoken to boosters at other schools.

Other Miami athletes who have NIL deals with Ruiz and his companies include men’s basketball player Isaiah Wong and women’s basketball twins Hanna and Haley Cavinder, who transferred into Miami from Fresno State.