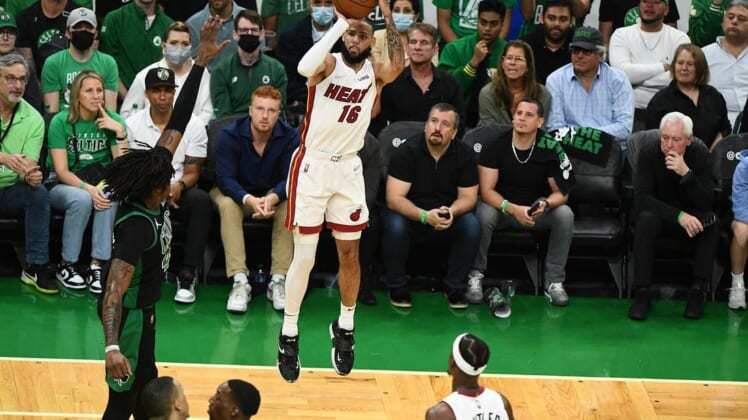 The Miami Heat have reached a three-year deal to retain swingman Caleb Martin, according to multiple reports on Wednesday.

The Miami Herald pegged the deal as worth $20.5 million for Martin, who played on a two-way contract last season.

Martin, 26, made the most of his opportunities in Miami by establishing career highs in scoring average (9.2) and minutes per game (22.9). He started 12 of 60 games played and made 41.3 percent of his 3-point attempts.

Martin spent his first two NBA seasons with the Charlotte Hornets. He has career averages of 7.1 points and 3.1 rebounds in 131 games (16 starts).

Martin entered the NBA as an undrafted free agent in 2019 after averaging 19.1 points over two seasons at Nevada.