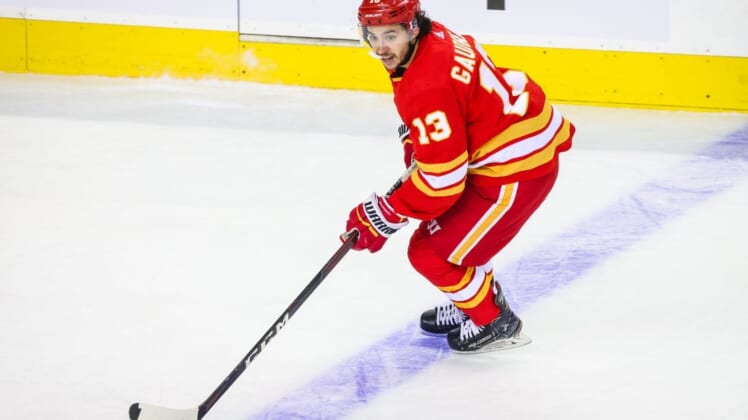 Gaudreau, a six-time All-Star and the Flames’ leading scorer last season with 115 points (40 goals, 75 assists), figures to be the highest-profile unrestricted free agent of the NHL offseason.

Gaudreau could still return to the Flames, but they will not be able to sign him to a maximum eight-year contract after Tuesday night’s deadline. Any other NHL team can sign Gaudreau to a maximum of seven years.

Gaudreau, a 28-year-old New Jersey native, has spent his entire NHL career with the Flames, who picked him in the fourth round of the 2011 draft. In 602 games over parts of nine seasons, Gaudreau has tallied 609 points (210 goals, 399 assists).

He also made the 2014-15 All-Rookie team and won the 2017 Lady Byng Memorial Trophy for sportsmanship and gentlemanly conduct.

The Flames (50-21-11, 111 points) placed first in the Pacific Division last season and reached the second round of the Western Conference playoffs before losing in five games to the rival Edmonton Oilers.