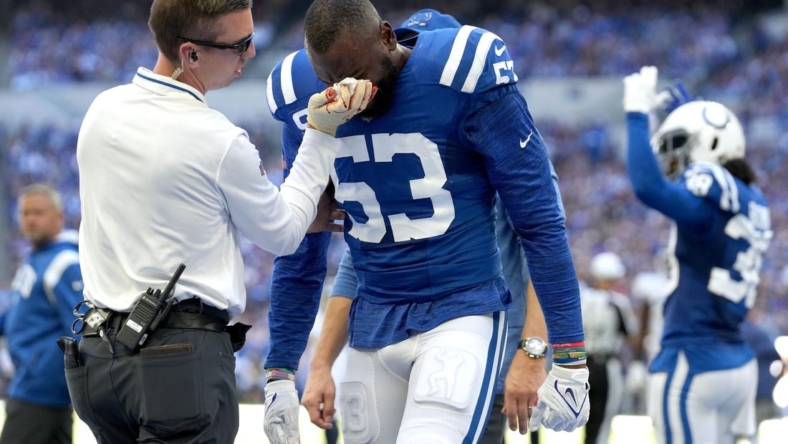 Indianapolis Colts linebacker Shaquille Leonard was placed on injured reserve due to an ongoing back injury, multiple reports said Friday.

Leonard reportedly experienced a setback in practice Wednesday and it led to the Colts’ decision to place him on IR, where he must stay for at least the next four games.

The three-time All-Pro selection, who formerly went by Darius Leonard, had back surgery in the offseason and has yet to fully recover. He has played in just three games this year, starting one, and recorded 11 tackles and one interception.

His back trouble has caused nerve issues in his left leg, where he recently said a nerve “still isn’t firing.”

Leonard also suffered a concussion and a broken nose in Week 4 – his first appearance of the season – after colliding with a teammate. He missed three games before returning for the Colts’ Week 8 and 9 losses to the Washington Commanders and New England Patriots, respectively.

The Colts (3-5-1) fired coach Frank Reich Monday and will play their first game under interim coach Jeff Saturday on Sunday against the host Las Vegas Raiders (2-6).