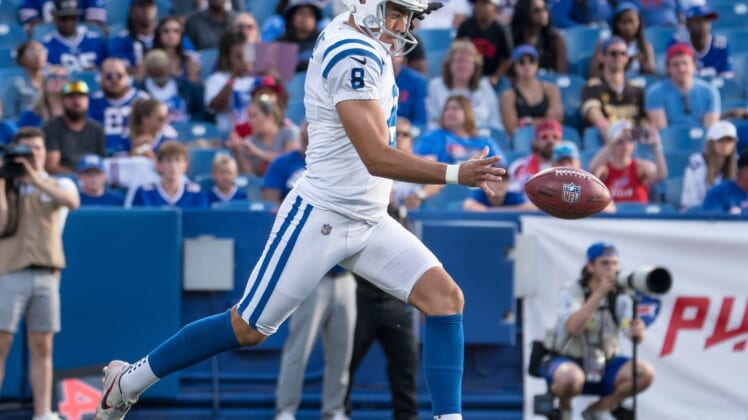 Sanchez, 27, will have more tests to determine the severity of the injury. Sanchez was hurt running sprints at the end of practice.

Sanchez also kicks off for the Colts. He’s played in 79 games for the Colts since taking over for punter Pat McAfee in 2017.

Sanchez averaged 44.5 yards per punt in 2021, down nearly two yards per punt from his 2020 performance. He had 44 touchbacks on 89 kickoffs last season.

Sanchez underwent surgery during the 2020 season to remove a cancerous tumor and missed just two games before returning.