Report: Vlade Divac passed on Luka Doncic because he didn’t like his dad 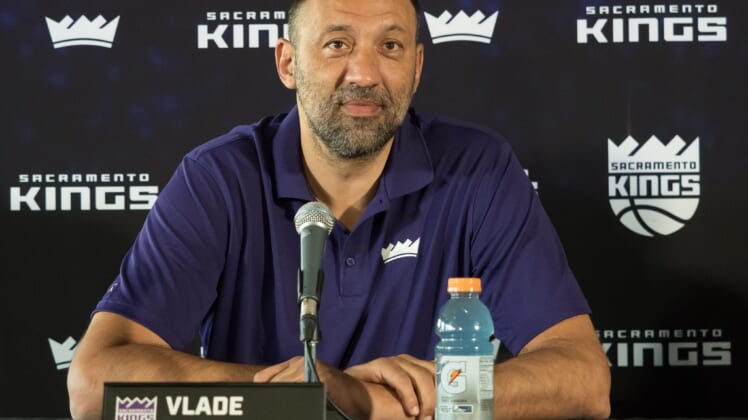 According to Tim MacMahon of ESPN on Adrian Wojnarowski’s podcast, Divac didn’t like Doncic’s dad, and that was a contributing factor in the Kings passing on a generational talent.

“My understanding is that him (Vlade Divac) being so close to Luka and knowing his dad so well, factored into their decision,” MacMahon said. “Basically he didn’t think a whole lot of Luka’s dad, and the whole like father like son…well….i don’t….no, this is a different dude. you messed that one up, Vlade.”

It’s worth pointing out that Bagley isn’t bad. He’s a good, young player and may one day develop into a star. But he’s not even playing right now due to a fractured thumb. And even at his best, compared to what Doncic is doing these days for the Dallas Mavericks, he doesn’t come close to matching up.

So the fate of two NBA franchises may have been altered in a major way due to a personality conflict. And that’s not good news for Sacramento.