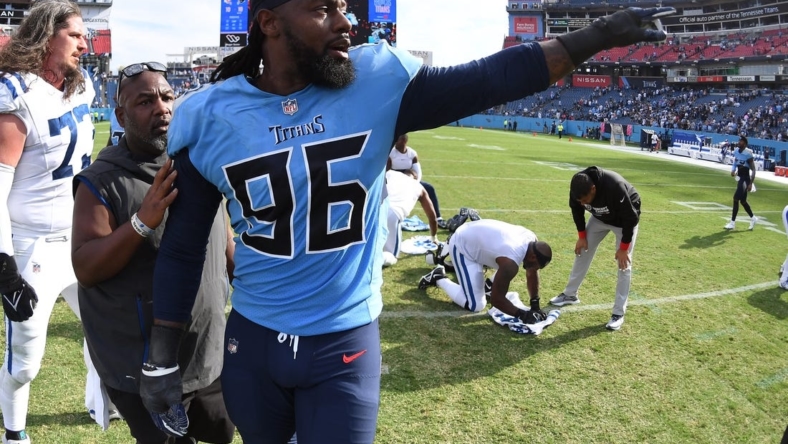 Tennessee Titans linebacker Denico Autry will have an MRI on Friday after injuring his knee in Thursday night’s win at Green Bay, ESPN reported.

Initial reports indicate the injury is not “major” but further testing will help to provide a timeline for his return, per the report.

Autry, 32, was injured in the third quarter when Packers offensive lineman Jon Runyan inadvertently rolled into his leg. Autry left the field under his own power but traveled by cart to the locker room.

Playing an outside linebacker role for the Titans this season, Autry leads the team with seven sacks through 10 games. He also has 20 tackles, 16 quarterback hits, two passes defensed and one forced fumble.