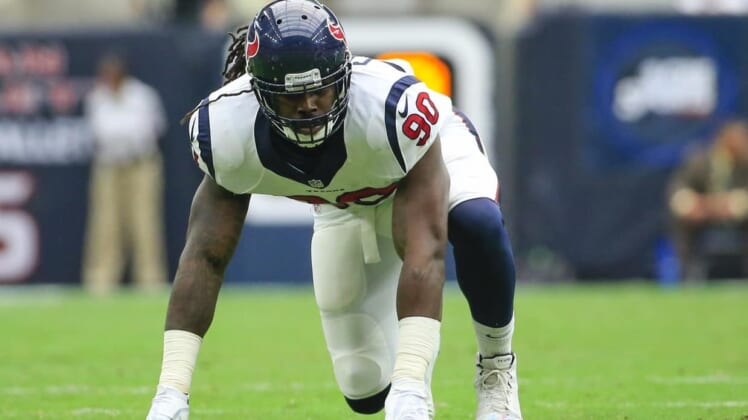 The Kansas City Chiefs ultimately landed Frank Clark in a trade with Seattle, but the Houston Texans reportedly tried to trade Jadeveon Clowney to them before that took place.

On Thursday ahead of the draft, Charles Robinson of Yahoo Sports noted that Clowney could be on the same path that Dee Ford and Clark were. He noted that the Texans put out trade feelers about Clowney even during the Clark deal.

Following up on that, Terez A. Paylor noted that Houston actually had reached out to Kansas City even before that, but that the Chiefs were locked in on Clark.

These two reports come from very plugged-in NFL insiders, yet it’s worth noting that John McClain of the Houston Chronicle reported Clowney is not going anywhere. According to him, Clowney will either play in Houston on the franchise tag, or on a long-term deal.

It’s also notable that Texans general manager Brian Gaine recently made it clear that the team still wants to sign Clowney to a long-term deal.

None of that means the Texans haven’t been in contact with the Chiefs, or other teams, about potentially trading the star defender. With an extension coming up for Deshaun Watson, J.J. Watt and others, along with a desperate need to improve the offensive line, Clowney could be the odd man out.