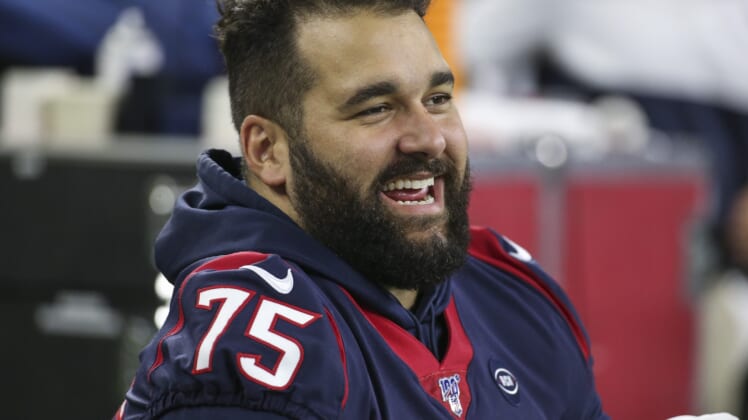 The Houston Texans are pretty much changing up their entire offensive tackle rotation ahead of Week 1.

One day after these plethora of moves, Houston has reportedly released veteran free-agent signing Matt Kalil.

Kalil, 30, signed a one-year, $7.5 million contract with Houston back in March. The expectation was that he’d be their starting left tackle. That’s not going to be the case.

A former top-five pick of the Minnesota Vikings back in 2012, Kalil earned a Pro Bowl appearance as a rookie. It’s been downhill since. He’s struggled with both consistency and injuries in stops spanning the Vikings, Panthers and Texans. He missed all of last season with the Panthers to injury.

Houston incurs a $2.25 million dead cap hit by releasing Kalil ahead of Week 1.