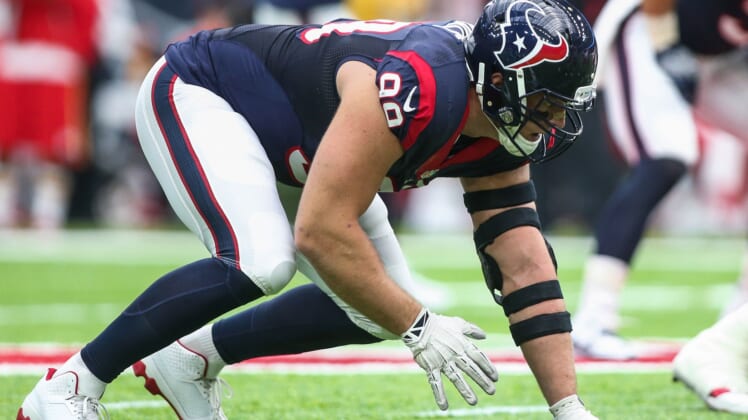 Houston Texans star J.J. Watt was effectively negated in the team’s playoff loss to the Indianapolis Colts. We now have some insight into why.

According to a report from Ian Rapoport of the NFL Network, Watt had been dealing with a knee injury through the year. He recently underwent “a minor knee cleanup” to fix the problem.

#Texans star DL JJ Watt had a minor knee cleanup following the season, source said. Sounds like he’s fine now, just some maintenance on an injury that bothered him during the season.

Watt did struggle in the playoff defeat. But for the most part, the injury didn’t seem to get in Watt’s way during the season.

He finished the year with 16 sacks and seven forced fumbles. He also played in all 16 games, particularly relevant as Watt played in only eight total games over the previous two seasons.