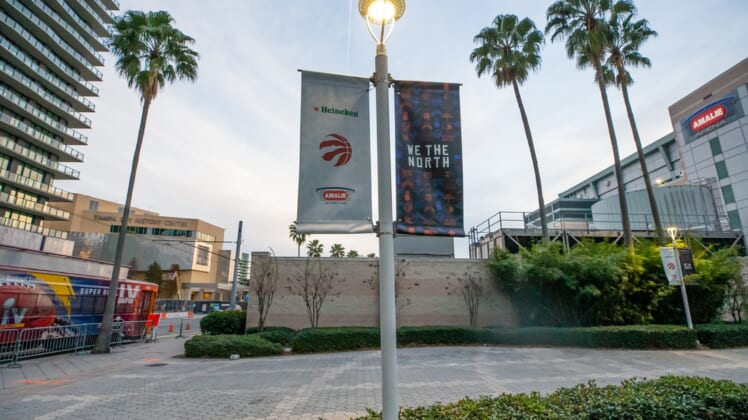 Jan 14, 2021; Tampa, Florida, USA; A general view of the exterior of Amalie Arena as a Tampa Streetcar outfitted with Super Bowl LV advertising drives by before a game between the Toronto Raptors and Charlotte Hornets at Amalie Arena. Mandatory Credit: Mary Holt-USA TODAY Sports

This unprecedented NFL season will also have a unique ending.

Rather than a full week of fanfare featuring the two teams playing in Super Bowl LV, the two participants will not be allowed to travel to Tampa until Friday, Feb. 5 at the earliest, according to ESPN.

The Buffalo Bills and Green Bay Packers are expected to arrive on Feb. 5 if they win on Sunday, while the Kansas City Chiefs plan to arrive the day before the title game.

The Buccaneers could become the first team to play for the Super Bowl in its home stadium and would be unburdened by travel restrictions.

The traditional media day and all other interviews throughout the week, including postgame, will be done virtually, the league announced earlier in the week.