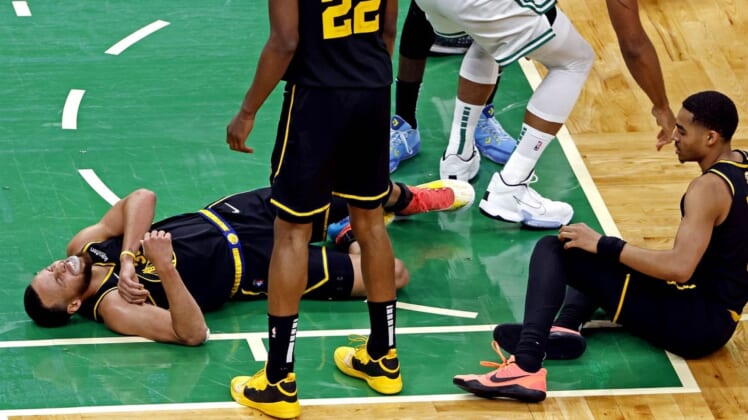 Golden State star Stephen Curry avoided a major injury to his left foot and the Warriors are optimistic about his status for Game 4, The Athletic reported Thursday.

The eight-time All-Star guard will not have an MRI and will attend practice Thursday afternoon, per the report.

Curry was injured late in the fourth quarter of Golden State’s 116-110 loss in Boston in Game 3 of the NBA Finals on Wednesday night. The eight-time All-Star appeared to be in serious pain after Celtics center Al Horford landed on his leg during a battle for a loose ball.

The Celtics have a 2-1 lead in the best-of-seven series with Game 4 on Friday night in Boston.

Curry’s injury occurred with 4:07 to play and he was removed less than two minutes later when the game appeared out of reach.

“I’ll be all right,” the 34-year-old said after the game. “I got caught underneath Al. Obviously there’ll be some pain, but I’ll be all right. Figure out how it feels tomorrow and get ready for Friday.”

The two-time league MVP and three-time champion averaged 25.5 points, 6.3 assists and 5.2 rebounds in 64 games during the regular season, his 13th season with the Warriors.