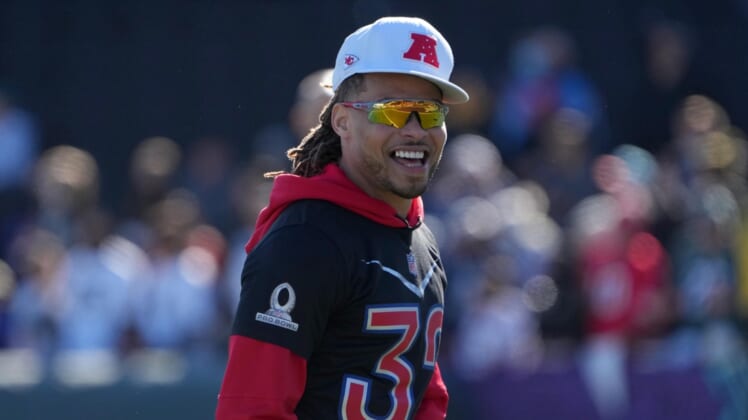 The New Orleans Saints are planning an “aggressive push” to sign free agent Tyrann Mathieu after failing to land a safety in the draft, ESPN reported Sunday.

Mathieu, who was born and raised in New Orleans, visited with the Saints in early April.

The three-time All-Pro, who turns 30 on May 13, started 16 games for the Kansas City Chiefs in 2021 and posted 76 tackles, three interceptions (one returned for a touchdown), three fumble recoveries and one sack.