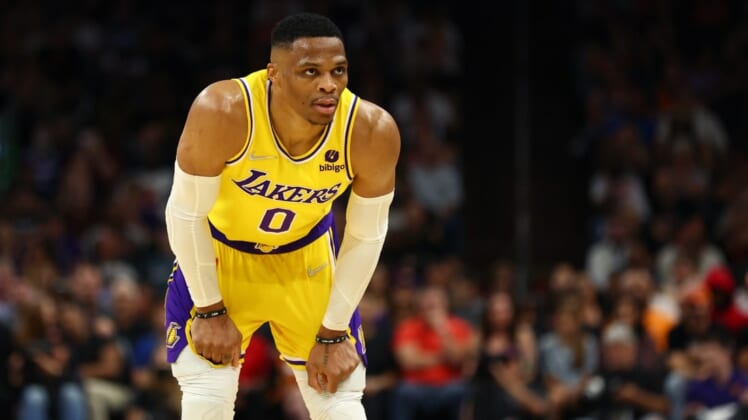 Los Angeles Lakers guard Russell Westbrook has parted ways with agent Thad Foucher after 14 years due to “irreconcilable differences,” according to a report by ESPN on Friday evening.

Foucher released a statement to the network in which he strongly suggested that Westbrook prefers not to play for the Lakers this season. The enigmatic guard has one year and $47 million remaining on his contract.

Foucher spoke candidly about the 33-year-old’s status in the latter part of his statement to ESPN, saying: “Now, with a possibility of a fourth trade in four years, the marketplace is telling the Lakers they must add additional value with Russell in any trade scenario. And even then, such a trade may require Russell to immediately move on from the new team via buyout.

“My belief is that this type of transaction only serves to diminish Russell’s value and his best option is to stay with the Lakers, embrace the starting role and support that (new Lakers coach) Darvin Ham publicly offered. Russell is a first-ballot Naismith Basketball Hall of Fame player and will prove that again before he is retired.

“Unfortunately, irreconcilable differences exist as to his best pathway forward, and we are no longer working together. I wish Russell and his family the very best.”

Westbrook, a nine-time All-Star, averaged 18.5 points, 7.4 rebounds and 7.1 assists for Los Angeles last season in his first year with the team. He also has played for the Houston Rockets and Washington Wizards in recent seasons after playing his first 11 years with the Oklahoma City Thunder.