Report: Redskins to ‘make a bid’ for Philip Rivers 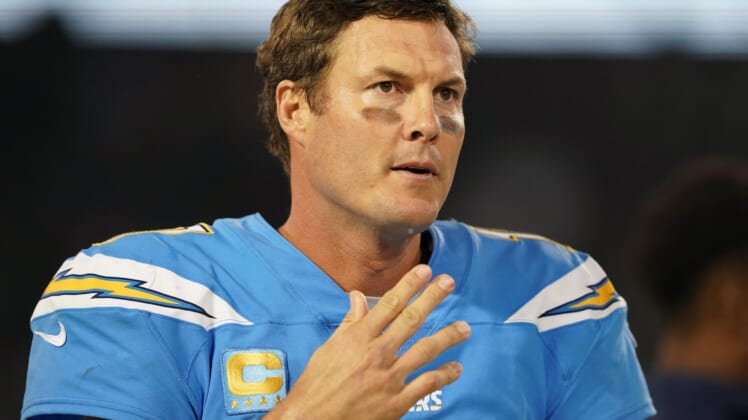 The Washington Redskins appear to be all in on a new quarterback in 2020, and Philip Rivers may end up being a prime target for them.

Tony Pauline of Pro Football Network shared Friday that “sources at the Combine tell me they expect the Washington Redskins to make a bid for the quarterback,” noting there’s a sense it’ll take a “massive contract” to get Rivers to play for the franchise.

Washington, of course, selected Dwayne Haskins out of Ohio State with the 15th overall pick last year. He started seven games as a rookie and predictably struggled playing behind a porous offensive line. That said, Haskins did show some promise, and the chemistry between him and fellow rookie Terry McLaurin was fun to watch.

However, new head coach Ron Rivera made it clear earlier this week that Haskins isn’t “anointed” as the team’s starter, and that the franchise would be having top quarterbacks in for a visit.

Rivers has been linked heavily to the Indianapolis Colts, who are favored to sign him in free agency. That seems like a much better fit for the veteran than Washington, but at this stage in the game we can’t rule anything out.