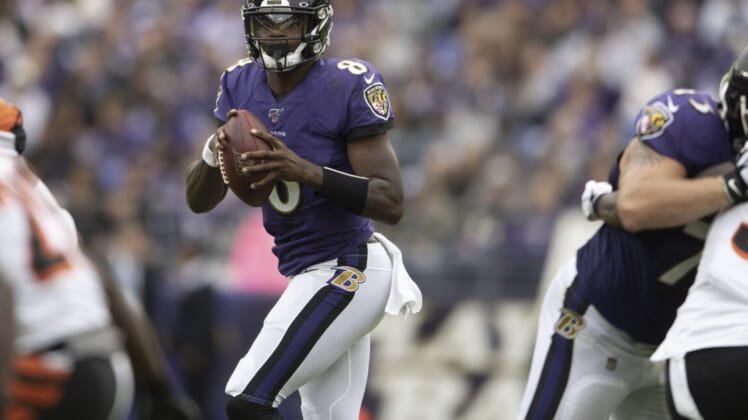 The Baltimore Ravens should not be too concerned over the status of MVP candidate Lamar Jackson for Sunday’s game against the Cincinnati Bengals.

However, the quarterback did miss practice on Thursday due to an illness. This comes after teammate Marshall Yanda had to sit out practice the day before with an illness.

According to this note from former Ravens editor Sarah Ellison, the two have lockers right next to one another. That could help explain away the illnesses.

We’d caution against reading too much into this. Jackson will likely be a go on Sunday. It’s still something to pay attention to over the next couple days.

A legit MVP candidate, Jackson just led his Ravens to a surprise win over the previously undefeated New England Patriots. He’s on pace for nearly 1,300 rushing yards and 34 total touchdowns on the season.

In the off-chance that Jackson’s illness will force him to miss Sunday’s game against the winless Bengals, Robert Griffin III would likely get the start.