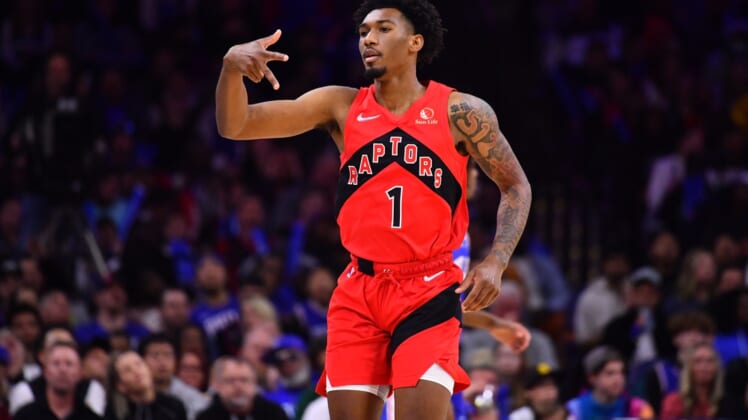 The Toronto Raptors are signing guard Armoni Brooks to a two-year contract, The Athletic reported Saturday.

The deal for the undrafted second-year player includes a partial guarantee for the 2022-23 season, per the report.

Brooks, 23, has registered a combined 20 points, six rebounds and three steals in his past three games for Toronto.

He signed 10-day contracts with the Raptors on March 6 and March 16 after being waived by the Houston Rockets.

Brooks has career averages of 7.2 points and 2.3 rebounds in 69 games (14 starts) with the Rockets and Raptors.