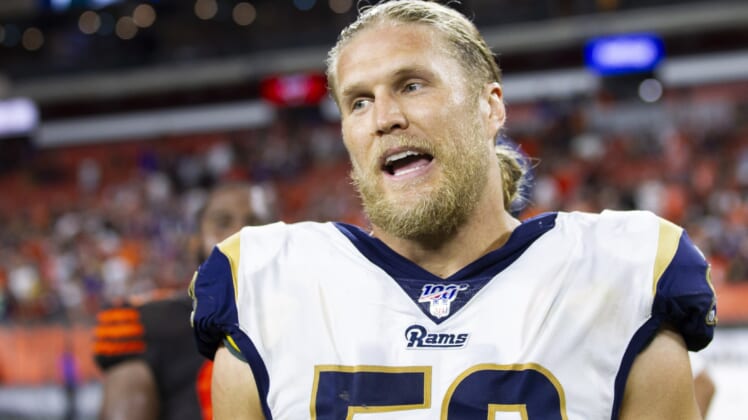 In an attempt to create more cap room, the Los Angeles Rams have moved on from two big-name players on Thursday.

Mere minutes after it was reported that they have released All-Pro running back Todd Gurley, Mike Garafolo of NFL Media is reporting that Pro Bowl edge rusher Clay Matthews is now out of a job.

Matthews, 33, recorded 11 quarterback hits and eight sacks in 13 games for the Rams last season. He joins Dante Fowler Jr. as one of two elite pass rushers the Rams have lost over the past few days. Fowler Jr. signed with the Atlanta Falcons.

Los Angeles saves $3.75 million against the cap by releasing Matthews.