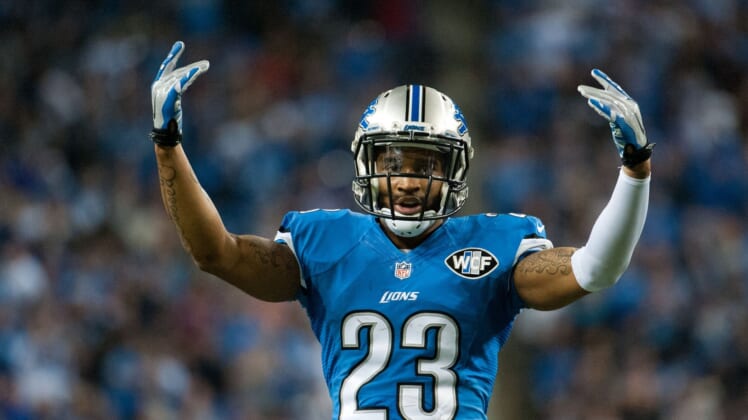 If the Detroit Lions do trade Darius Slay this offseason, the Los Angeles Rams and Denver Broncos are reportedly in the lead to land him.

Tony Pauline of Pro Football Network, answering questions in his weekly mailbag, shared that he’s hearing “the two teams at the top of the pack to land Slay are the Denver Broncos and Los Angeles Rams.”

Denver makes perfect sense if Chris Harris doesn’t return. Slay would slide right into the starting lineup to take Harris’ spot, giving the Broncos an elite defensive back to pair with one of the league’s best pass rushes.

The Rams are a bit surprising to see here, given the fact they traded for Jalen Ramsey last year. They also have a tricky situation when approaching any potential trades, which is quite simply that they’ve already mortgaged the future and lack the draft currency to make a huge splash.

However, it’s no secret that Slay is available for a trade. And reportedly, the Lions aren’t looking for a king’s ransom in return for the star cornerback. So perhaps the Rams have a shot, after all.