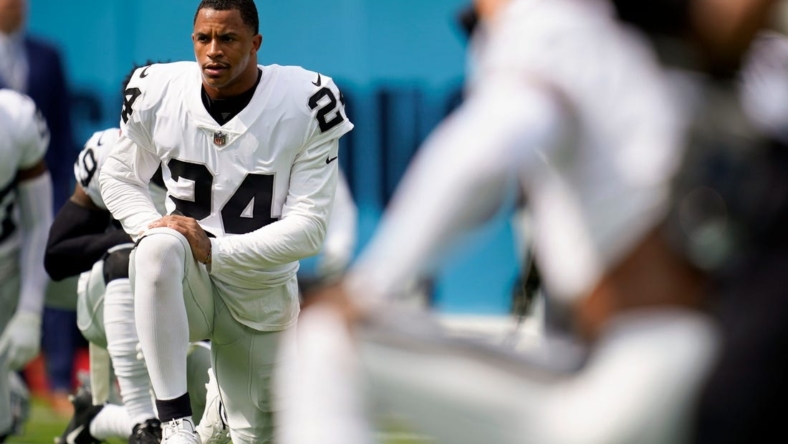 NFL Network said the team tried to trade Abram but couldn’t complete a deal before the Nov. 1 trade deadline.

Abram, 26, started the first six games of the season but lost his starting job, coming off the bench the past two games. On the season, he has 48 tackles and one pass defensed.

In 36 career games with the Raiders (34 starts), Abram has 255 tackles, 12 passes defensed and three interceptions.

The Raiders selected Abram, who played at Mississippi State, with the No. 27 overall pick in 2019. He was one of three first-round selections that year, after defensive end Clelin Ferrell (fourth overall) and running back Josh Jacobs (24th). The team also had declined Abram’s option.

At the conclusion of this season, the Raiders will have nothing to show for six first-round selections from the three drafts beginning in 2019.

Las Vegas declined the fifth-year options of both Jacobs and Ferrell. Their two first-rounders in 2020, Henry Ruggs III and Damon Arnette, were released amid off-field issues, and 2021 pick Alex Leatherwood also was cut for lack of production.