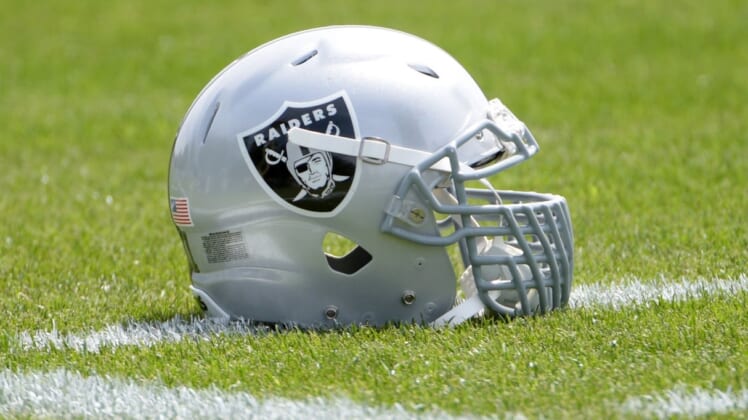 At 4-6 on the season, the Oakland Raiders are close to becoming irrelevant in the AFC Playoff race. This harsh reality led to the firing of defensive coordinator Ken Norton Jr. following last week’s blowout loss to the New England Patriots.

It now looks like another high-profile assistant on Jack Del Rio’s staff will be shown the door here soon.

“Raiders offensive coordinator Todd Downing is under increasing pressure with his unit struggling and is coaching for his job down the stretch,” CBS Sports’ Jason La Canfora reported Sunday. “He is unlikely to be back with the team in 2018 at this point and the situation could come to a head before then.”

As much as people want to focus on the Raiders’ defensive woes, that was never really going to be an area of strength for this team in 2017. Remember, Oakland finished last season with a 12-4 record despite giving up north of 24 points per game. It’s yielding just a half of point more on average this season.

The primary issue here has been an offense that’s regressed a whole heck of a lot after Oakland parted ways with former coordinator Bill Musgrave following last season, replacing him with Downing.

After ranking in the top seven in scoring last season, Oakland is in the bottom third of the NFL this season. That’s the primary reason for the team’s struggles thus far on the campaign.

An interesting side note here is that La Canfora also reported that former Denver Broncos offense coordinator and then San Diego Chargers head coach Mike McCoy could be a candidate to replace Downing.

Oakland needs a win Sunday against the Broncos in order to remain viable in the AFC West race. It currently sits two games behind the struggling Kansas City Chiefs in the division.