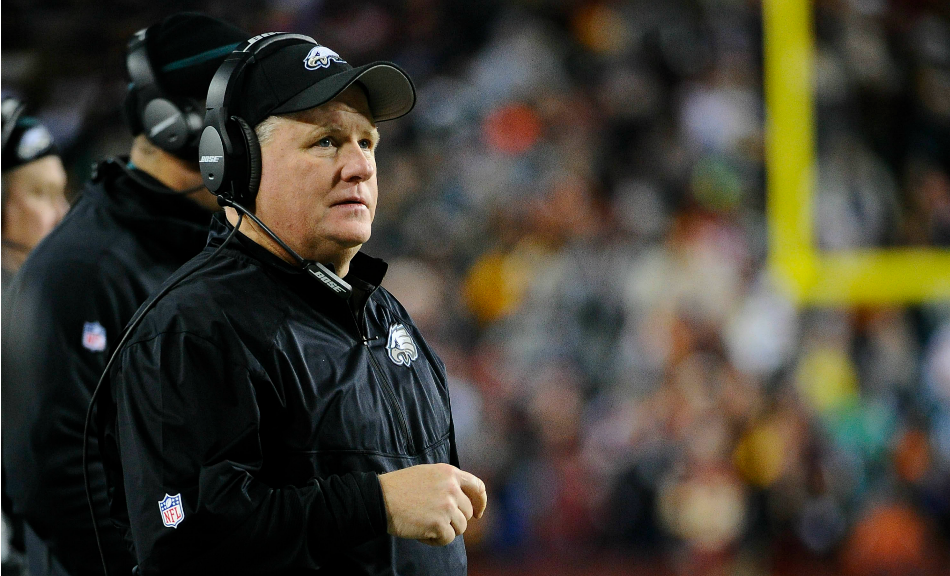 According to ESPN’s Josina Anderson, there is talk that certain coaches in the NFL are not quite convinced that the Philadelphia Eagles will keep quarterback Sam Bradford.

There still lies a deep belief that head coach Chip Kelly may use Bradford as trade bait for the Tennessee Titans second overall draft pick. It had previously been rumored that Kelly would do whatever it takes to land Oregon’s Marcus Mariota in the upcoming draft.

However, Kelly shot down that idea in a press conference last week by indicating that the team had no plans to make a move for Mariota, calling the speculation “crazy” talk.

This is Chip Kelly. There’s not a single word that comes out of his mouth that we can take to heart. Whether that’s a good thing remains to be seen. It is, however, a sly mentality that may give him an upper-hand heading into the 2015 NFL draft.

Secondly, where does the system fit dialogue come into play? It’s been a point of contention since Philadelphia traded for Bradford. It’s also somewhat ridiculous. Oklahoma ran a no-huddle spread attack with Bradford under center. It did so with Bradford’s new backfield mate DeMarco Murray shouldering the load on the ground in Norman.

Now if we want to discuss whether Bradford is actually trade bait, it probably makes sense to go away from conventional wisdom.

Kelly called Mariota the best quarterback in the NFL draft. He coached the reigning Heisman winner in Eugene. And the Eagles don’t seem entirely too sure what they are doing at quarterback.

The Eagles head coach also indicated that he was offered a first-round pick for Bradford immediately after acquiring him from the St. Louis Rams for Nick Foles. If the Titans or another team were to offer Kelly the ability to nab Mariota, there’s no chance Kelly would turn it down, especially if the trade chip is merely Bradford.

In any event, sit back and have fun here. This promises to get even more interesting as the weeks progress leading up to the draft.