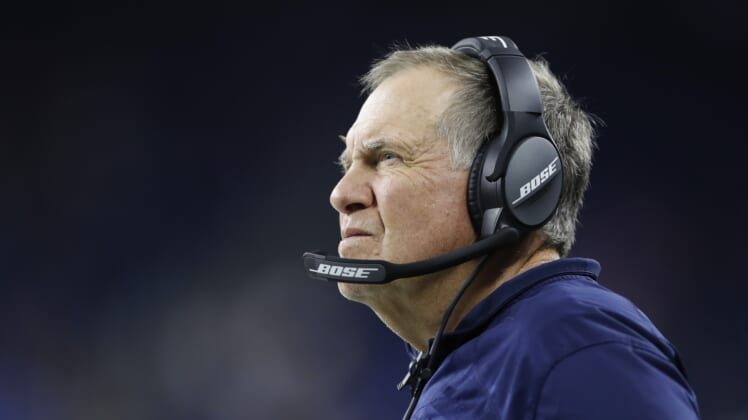 The New England Patriots find themselves in need of a franchise quarterback for the first time in two decades. Now with the 2020 NFL Draft closing in, Bill Belichick reportedly has his eye on one of the top quarterbacks in this year’s draft class.

An NFL general manager told NBC Sports’ Peter King that the Patriots love Oregon Ducks quarterback Justin Herbert. If the Patriots want to move up from the No. 23 overall selection to land Herbert, though, it could come at an extremely high cost.

New England boasts 12 draft picks, the second-most in the 2020 NFL Draft. However, the No. 23 selection is the team’s only top-75 pick, with seven of their 12 draft picks coming in the sixth and seventh round. If Belichick wants to make the big move to acquire Herbert, it would reportedly cost New England’s 2020 and 2021 first-round selections.

The team’s love for Herbert is understandable. In fact, multiple teams rank the senior quarterback ahead of Tua Tagovailoa on their draft boards. Herbert proved himself at the Senior Bowl with an incredible performance and demonstrated why he will likely be a top-10 selection.

For as much as Belichick might love Herbert’s pro-ready skill set and his potential ability to be a high-end quarterback, the cost to acquire him might be too much. It’s also worth noting that Belichick loves Jarrett Stidham and believes he’s ready to step in and become the new face of the franchise.

Herbert could go as high as the No. 5 overall selection to the Miami Dolphins and his floor could be the Las Vegas Raiders with the No. 12 pick. It’s more likely that Tagovailoa falls among the top quarterbacks, but even that is viewed as unlikely.

Ultimately, the Patriots will probably draft a defensive lineman or linebacker with their first-round selection. Stidham can win the starting job and if he doesn’t impress next season, the Patriots can target q quarterback in the 2021 NFL Draft.