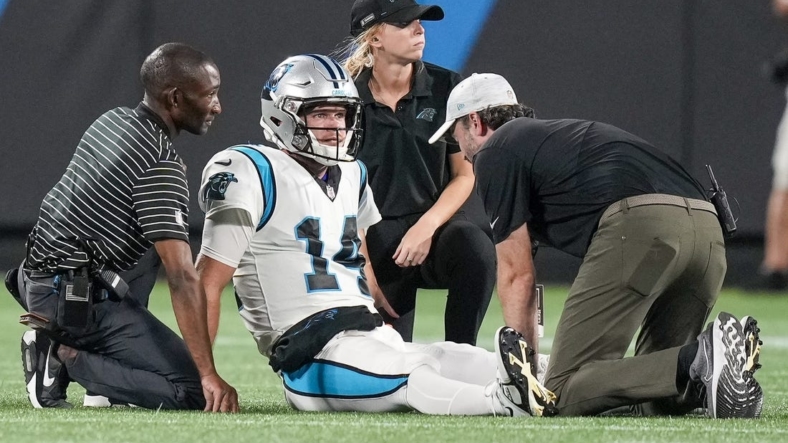 Darnold, 25, underwent an MRI on his left ankle Saturday and is expected to seek a second opinion, per the report.

The fifth-year NFL QB was carted off the field after sustaining the injury in the third quarter of the Panthers’ 21-0 win against the Buffalo Bills in Friday night’s preseason finale.

Darnold was in the process of throwing an incomplete pass when Bill defensive tackle C.J. Brewer pulled him down, causing Darnold’s ankle to twist unnaturally under Brewer’s weight.

Darnold completed 5 of 11 passes for 49 yards and added a 1-yard rushing touchdown before the injury.

With Darnold unavailable and rookie third-round pick Matt Corral (foot) out for the season, veteran PJ Walker is in line to open the season as the backup to starter Baker Mayfield.

The Panthers host Mayfield’s former team, the Cleveland Browns, in Week 1 on Sept. 11.