Report: Nolan Arenado trade a ‘long shot’ in near future 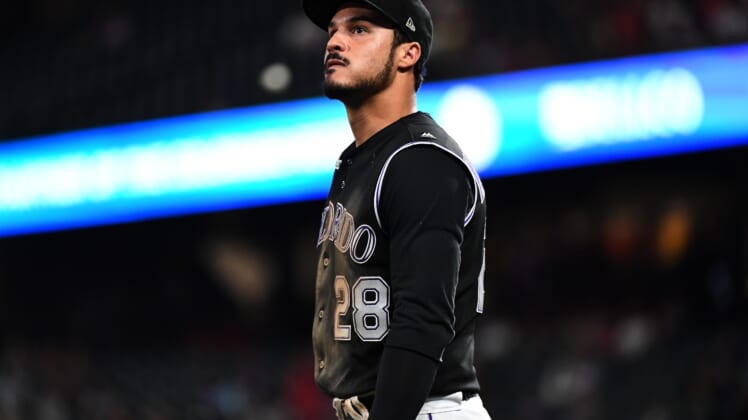 According to ESPN’s Jeff Passan, Colorado has discussed a trade that would send Arenado to the St. Louis Cardinals, however, talks haven’t progressed. Both sides exchanged names, however, those discussions were unproductive and a deal in the near future is considered a long shot.

Colorado started listening to inquiries from other teams on Arenado’s availability this offseason. While plenty of teams have expressed interest in the star third baseman, Colorado reportedly views St. Louis and the Chicago Cubs as potential fits for a deal.

The 28-year-old is coming off his fifth consecutive All-Star Game appearance. He posted a .315/.379/.583 slash line with 41 home runs and won his seventh Gold Glove Award this past season.

Arenado signed an eight-year, $260 million extension with Colorado in February. As part of his deal, he can exercise the player opt-out clause after the 2021 season. It would allow him to test free agency before his age-31 season. Arenado also carries a no-trade clause in his contract.

After acquiring left-handed pitching prospect Matthew Liberatore recently, St. Louis could potentially use him to land Arenado if a deal can be reached with the Rockies.